Says no evidence women are harmed 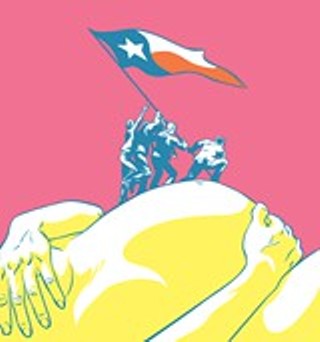 Testimony provided in court regarding the impact on women seeking abortion of a portion of House Bill 2, passed this summer, is "self-serving hearsay" and does not demonstrate that any individual woman would face an "undue burden" in seeking access to care, lawyers for the state argue in a brief filed today with the U.S. Supreme Court.

At issue is whether one of four provisions in the controversial abortion regulations HB 2 passed this summer – a provision that requires all abortion-performing doctors to have hospital admitting privileges within 30 miles of each clinic where they provide care – is unconstitutional on its face. That's what federal district Judge Lee Yeakel ruled last month after a three-day trial on the matter. The admitting-privileges provision does not have any rational connection to the state's ambition to "protect" fetal life, or the alleged desire to protect the health and safety of women, and it presents an undue burden on women seeking access to safe and legal care, he ruled.

A lawsuit challenging the provision was brought by abortion providers – including Planned Parenthood and Whole Woman's Health, both of which provide abortion care in Austin – and the ACLU. They argued that the provision violates due process and equal protection provisions and is thus unconstitutional on its face. If the law was allowed to take effect on Oct. 29 as proposed, they argued in the lawsuit filed in September, more than a dozen providers across the state would cease providing abortions, some would close, and more than 22,000 women would be left without any meaningful access to care.

The state appealed Yeakel's ruling, delivered on Oct. 28 and permanently enjoining enforcement of the provision, and three days later, a three-judge panel of the 5th U.S. Circuit Court of Appeals granted the state an immediate stay, allowing the law to take effect. The Fifth Circuit panel ruled that the state would likely prevail on the merits of its appeal (slated to be heard in full in January), and that between the providers and the state, it was Texas that would suffer greater harm in the interim by not being able to enforce its enacted law.

The providers immediately appealed to the U.S. Supremes, asking the high court to vacate the Fifth Circuit ruling and reimpose Yeakel's findings. This afternoon, the state filed its reply, arguing that the Fifth Circuit got it right and that there is ample evidence that the provision would improve women's health and that the providers have yet to demonstrate that the admitting-privileges provision would actually pose an undue burden on any woman seeking abortion.

Indeed, the state's arguments revolve, in part, on the idea that the providers should have offered proof to Yeakel that individual women seeking care would be harmed, and that aggregate information from providers about whether they would be able to provide abortions – and then extrapolating from that the number of women who would be blocked from accessing care at their clinics ‐ isn't enough to suggest any undue burden actually exists. "[T]he closure of abortion clinics cannot be an undue burden absent findings or evidence that patients will encounter a substantial obstacle to obtaining abortions from other providers," reads the state's response filed this afternoon. "The district court made no findings [in its opinion] regarding which clinics would close, nor did it make any findings regarding the effect of the alleged closures on patients seeking abortions."

The state asserts that it is "undisputed" that abortions will remain available in Texas, even if women in need of care would have to travel farther in order to access those services. According to the state, Supreme Court precedent "establishes that travel distances of [the sort that would happen in Texas] do not qualify as an 'undue burden.'" Moreover, the state argues that the providers have never argued that Texas "enacted HB2's hospital-admitting-privileges requirement with the 'purpose' of imposing a substantial obstacle on abortion patients," reads the court filing.

What is not addressed, however, is what has happened since the Fifth Circuit ruled. Immediately, more than a dozen abortion clinics across the state – including the only providers in the Rio Grande Valley – ceased providing care, and remain incapable of doing so, turning away hundreds of women with previously scheduled appointments in just the first days that the law took effect. Currently, providers in Fort Worth, McAllen, Waco, Lubbock, Austin, and San Antonio have had to shutter, at least temporarily, their operations, scrambling to help women access care elsewhere, in many cases hundreds of miles away. And given the reality not only of distance in Texas, but also of the impact of existing abortion regulations – including a 24-hour waiting period, state-mandated counseling and ultrasound examination – the impact on women seeking legal care has been immediate. "Absolutely. No question; no question," says Sarah Wheat, vice president of community affairs for Planned Parenthood of Greater Texas, which operates family planning and abortion care clinics from Dallas to Austin. "The impact has been immediate, and immediately felt by women seeking access to care."

In certain areas of the state operations may soon begin again, as soon as doctors obtain privileges. That's the case in Austin, where a new doctor at the South Austin clinic is waiting to find out if she'll be granted privileges. She has the credentials and experience and officials with PPGT expect that she will, eventually, be granted privileges. But the fact that the clinic has to shutter operations now speaks to another defect in the law: The provisions, enacted this summer, provided doctors less time to apply for and to receive privileges than state law allows hospitals to make such decisions. Indeed, the law, passed this summer, allowed less than 90 days for doctors to obtain privileges; state law allows hospitals up to 170 days, after receiving an application, to decide whether to grant those privileges. In the meantime, however, there are clinics in more remote areas of the state where doctors and clinic officials know, because hospitals are allowed to impose their own individualized criteria for admitting privileges, that they will not be able to obtain the necessary credentials.

According to the state, for those doctors who can't obtain privileges, HB 2 provides an outlet: A severability clause in the statute that would allow individual doctors from having to comply with the law. The clause is designed to keep the law in effect, while allowing a relief valve for those who demonstrate that they are incapable of meeting the restrictions. In practice, that would require every negatively-impacted doctor to bring a legal case to demonstrate that he or she is not able to receive admitting privileges and should thus be exempt from having to do so – a provision that on its face would appear to present at the very least an onerous burden to individuals seeking redress in the courts.

Still, although the point of a facial challenge to a law, such as the providers have brought here, is that the law is unconstitutional on its face – regardless the specific individuals who may be impacted – the heart of the state's argument is that there would be benefits to women's health via imposition of the restriction and that the providers have not offered any evidence that any individual woman has been, or would be, harmed by the law. And the "thought that [the Supreme Court] would...review the [Fifth Circuit] decision...in this case is hard to imagine."

According to a spokeswoman, the abortion providers may file an official response with the court on Wednesday.