No Room at the Health Care Inn 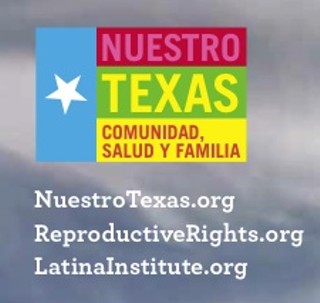 In the wake of 2011's devastating cuts to the state's family planning budget, nine of 32 health clinics providing services to low-income, uninsured women in the Rio Grande Valley shuttered operations and the number of women provided care in the region plummeted – from nearly 20,000 women served in 2010, to just over 5,000 served in 2012.

Those are among the dark facts included in a new human rights report released today by the Center for Reproductive Rights in collaboration with the National Latina Institute for Reproductive Health. The report, "Nuesta Voz, Nuestra Salud, Nuestro Texas: The Fight for Women's Reproductive Health in the Rio Grande Valley," makes the case that health outcomes for women living in four counties of the RGV (Starr, Hidalgo, Willacy, and Cameron Counties) are far worse than those of women in other parts of the state. The incidence of cervical cancer, including fatal cases, is far higher among Latinas in the RGV than it is elsewhere – women living in Texas border counties are 31% more likely to die from cervical cancer than are other Texas women, according to the report.

Because of geographic isolation, immigration status, and/or socioeconomic status, women in the RGV in need of health care have long been vulnerable to the whims of state lawmakers, and thanks to the extreme policy decisions made over the last several years, have become even more disenfranchised, the report authors argue. In 2011, lawmakers slashed by two-thirds the roughly $100 million biennial budget to fund access to family planning and preventive reproductive health care and imposed a three-tiered funding system for the remaining roughly $38 million, steering funds away from dedicated family planning clinics. In 2012, the state effectively dismantled the successful Medicaid-waiver Women's Health Program by incorporating a new definition of the term "affiliate" in order to prevent Planned Parenthood, the single largest provider of WHP services, from participation, because of the family planning clinics' brand affiliation with Planned Parenthood clinics that provide access to legal abortion care. That move caused the federal government to pull its 90% funding for the program, because the feds will not grant money to states that discriminate among Medicaid-qualified providers.

Both the funding cuts of 2011 and the affiliate rule of 2012 were directly aimed at crippling Planned Parenthood, in an attempt to drive PP out of business in Texas. That hasn't worked, but instead has impacted smaller clinics – and tens of thousands of women in need of care – across the state. As a result of the 2011 budget tinkering, 76 family planning clinics statewide have stopped providing subsidized services, and 56 of those facilities have shuttered operations, dropping more than 120,000 women from access to needed, subsidized care. And eliminating Planned Parenthood from the now-state-funded Texas WHP has caused additional tens of thousands of women to lose access to care while actually increasing costs to the state. According to the report, since Planned Parenthood was kicked out of the program, 63% fewer women have been served by the program at a cost 15% higher than in 2011.

Taken together, these policy decisions have left women across the RGV with limited access to preventive and life-saving care, the authors argue. "Profound barriers to reproductive health, including cost, lack of transportation, immigration status and lack of accessible clinics, mean that Latinas in Texas are systemically barred from the care they need to live with health and dignity," NLIRH Executive Director Jessica González-Rojas said. "These conditions are dangerous to the health of Latinas and immigrant women."

Indeed, the report is full with moving and troubling personal stories of women living with limited health care access in the Valley, stories collected from among the nearly 200 women the authors spoke with in conducting research for the report. Consider, for example, Mayda's story. A resident of Mission, Texas, Mayda was told five years ago that she needed to have a mammogram to inspect lumps found in her breast by a nurse who was treating her for a miscarriage. She's been turned away from care because she can't afford to pay up front for the screening, and she's become increasingly concerned about her health as she now feels changes to her cervix. "That's why I say, if it's possible, we need a clinic here," she told the report authors. "[A visit] doesn't have to be free, but if they charge, it should be affordable, or at least something you can pay in installments... All this week and last we didn't have an egg to eat in the house. We had no food, no nothing," she continued. "Think about it, if we can't afford to buy food, how on earth can we afford [fees at] a clinic?"

The report concludes that Texas should repeal the "affiliate rule" that bars Planned Parenthood from participation in the WHP and should re-up the program as a Medicaid-funded venture, ensure that money included in the 2013-14 state budget in order to make up for funds stripped in 2011 are actually spent on women's health care, and participate in the Medicaid expansion program of the Affordable Care Act. On the federal level, the report authors recommend that barriers to Medicaid access by immigrants be eased and that Title X, the dedicated family planning fund, be fully funded to "meet unmet demand for affordable contraception and other preventive women's health services."

It is unlikely, at best, that Texas would seek to include Planned Parenthood in any programs, or would ever agree that Medicaid expansion would help in a state where 27% of adults are uninsured, the highest percentage in the nation, including 25% of all women of child-bearing age (and a whopping 50% of all Latina women of child-bearing age). However, there are more modest proposals included in the report that may even be palatable to a majority of Texas lawmakers – including a recommendation to fund mobile reproductive health care operations in rural and underserved areas of the state, to conduct an "evidence-based review" of the impacts of the 2011 cuts to family planning, and to better monitor distribution of funding and the capacity of providers to see women in need, and to collect better and more detailed information on reproductive health of Texas women.

"This investigation reveals the human toll of years of reckless policies and laws enacted by Texas politicians who are hostile to women's health and rights," said Nancy Northup, president and CEO of the CRR. "It's time our leaders stop playing politics and start listening to the women whose health, families, and lives are threatened by these policies."