No Need for Election Detox

If you’re a local political junkie concerned about going cold turkey for Thanksgiving, there’s no need to worry. March 2014 primary campaigns have been simmering for some weeks, and before too long, the Travis County races will take center stage. 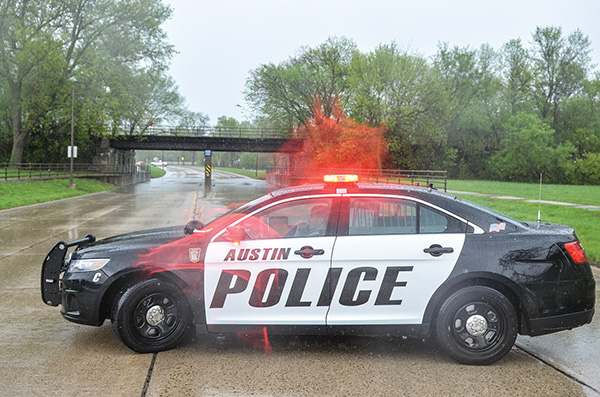 The immediate case in point is the Democratic race for Travis County Judge, where former Precinct 2 Commissioner Sarah Eckhardt faces former county Democratic Party Chairman Andy Brown. Although neither campaign has reached full speed – until last week, there was another election in the way – there has been plenty of early politicking, with both candidates seeking to solidify their endorsements, establish campaign themes, and define the debate.

In broad terms, Eckhardt has emphasized her concrete experience as a commissioner since 2006, while Brown has pointed to his longtime party activism and his chairman’s role as facilitator and fundraiser. There is also a strong streak of feminism among Eckhardt supporters (“When it comes to sharing power with women, Democrats are just as reluctant as Republicans,” wrote Margot Clarke to the Chronicle in September, triggering a heated exchange among readers), while Brown has emphasized his strong early support among prominent Democratic officeholders and stalwarts – including plenty of women.

They’ve barely gotten started, of course – we can expect the exchanges to gather heat in the coming weeks, although statements from the candidates themselves are likely to be more gingerly than those of their supporters. Brown and Eckhardt both, after all, reside amid the progressive wing of the state Democratic Party – on the “issues” facing Travis County, there will be but small distinctions – so they will try to deliver glancing blows on each other while maintaining a high rhetorical road.

A couple of recent examples: in late October, Brown supporters gleefully re-circulated an Oct. 16 Eckhardt emailer that called attention to the threat of flash flooding*, but featured an uncredited photo (above) of an Austin, Minnesota police car (via the Austin Daily Herald) responding to a weather emergency. 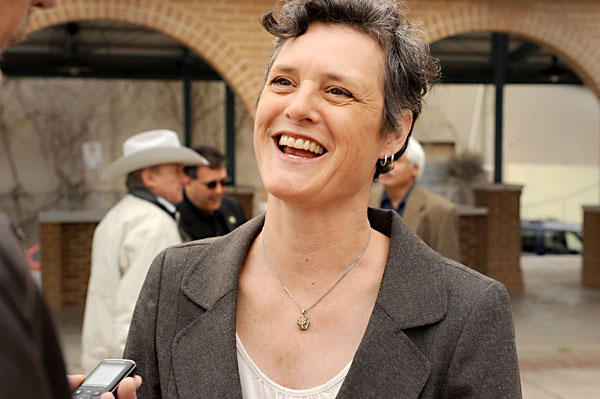 Asked by Newsdesk about the gaffe, Eckhardt campaign manager Nick Hudson wrote: “The purpose of the email was to acknowledge that flash flooding is one of the most dangerous threats to public safety in Travis County. We wanted a vehicle with ‘Austin’ on it, because we thought that showing a picture of the real devastation in Travis County would potentially exploit a neighbor's tragedy. We inadvertently used an image from Austin, Minnesota instead of Austin, Texas.”

As anybody treading water on the Internet knows, it happens. Meanwhile, Hudson counterattacked mildly, “On a different note … what are Mr. Brown's thoughts on flood mitigation and water planning in the county?”

More substantively, in the wake of the federal government shutdown, Eckhardt issued a statement that was essentially a sidelong shot at (unnamed) Brown and his putative (“rudderless, uninformed”) inexperience:

“Like many Americans," Eckhardt wrote, "I woke up this morning to the news that the United State Congress has opted not to further destabilize the world economy and do decades of damage to our own financial well being - at least for now. Partisan brinksmanship is dangerous. Some extreme partisan officials asserted that the shutdown would lead to no ill affects either at home or overseas. They were baffled by the connection between federal funding and actual services to veterans, tourists, patients, widows, and on and on. The takeaway for me is that many of our elected leaders simply don't know what the federal government actually does.’

“If we allowed Travis County to be led by the same kind of rudderless, uninformed leadership, we too could feel the sting of an interruption of road repair, closed parks, and the absence of key personnel such as corrections officers, courthouse management, and direct service providers. Interests across the spectrum would be harmed. But, ordinary people would feel the sting first and most severely.’ 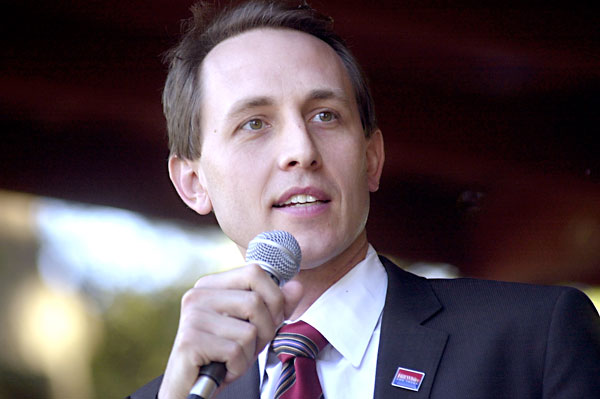 “Travis County residents share the same common need for competent, knowledgeable public servants who know how to make government work. I look forward to bringing my years of experience advocating for transparency, efficiency, and progressive solutions to the office of Travis County Judge.”

Anticipating a few raised eyebrows over at the Brown campaign, Newdesk asked if the candidate had any reaction. Brown responded sharply to Eckhardt’s digs at “inexperience” and “partisanship,” and cited his list of “diverse supporters”:

"Our federal government shutdown certainly wasn't caused by technical ignorance or lack of experience about how government works. It wasn't caused by some so called ‘partisan brinksmanship’ – which implies that both parties were at fault – as if Lloyd Doggett and Ted Cruz were equally to blame. That's nonsense. It is quite clear that the crisis was caused by a clique of extremists within the GOP who hate government and don't want it to work at all. Even many Republicans recognize this fact, and that is why so many prominent GOP leaders are lambasting Ted Cruz and his faction of Tea Party ideologues. This had nothing to do with experience and everything to do with ideology and values.’

“I'm proud of the work I've done with the Travis County Democratic Party – I'll stand with Travis County Democrats any day of the week. I worked closely with Congressman Doggett, Senator Watson, Representative Dukes, Representative Rodriguez, Robbie Ausley, and others to stand up to Republican efforts that cut women's healthcare access, cut public education, and failed to meet the transportation and other infrastructure needs of the state. I have a proven record of bringing people together and building coalitions in Travis County to fight for the common goal of standing up for Travis County values.’

Shake hands, as they say, and come out campaigning.

On Tuesday, Nov. 12, Eckhardt will be speaking to the Lake Travis Democrats Club on "A Look at the Texas Water and Drought Situation," joined by former Precinct 3 commissioner Karen Huber and Andrew Sansom, executive director of the Meadows Center for Water and the Environment and Research Professor of Geography at Texas State University. 6:30pm to 8:30pm, Lake Travis Community Library, 1938 Lohmans Crossing. And on Thursday, Nov. 14, Brown will be hosting a happy hour meet-and-greet: "Downtown with Andy Brown" – 5pm to 7pm at the Rattle Inn, 610 Nueces Street.

Note: the post has been updated (11/12) to correct an error in describing the timing of the Eckhardt email; it was sent Oct. 16, not in response to the Halloween floods. 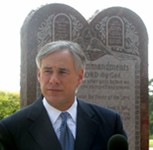