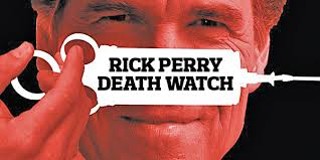 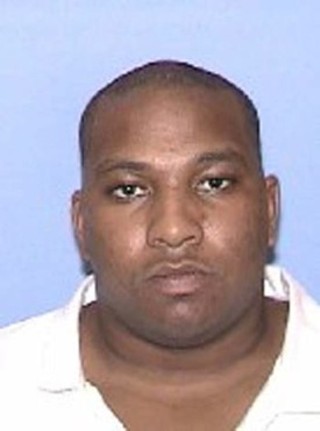 After more than a year, the Texas Court of Criminal Appeals has finally agreed that death row inmate Marcus Druery should be granted a competency hearing to determine if he is sane enough for execution.

Druery was convicted in 2003 for kidnapping, robbing, and killing 20-year-old Skyyler Browne – a former college classmate of his at Texas State Technical College – on Halloween 2002 in rural Brazos County. Druery reportedly shot Browne three times and then burned the body before dumping it in a stock pond.

After arriving on death row, Druery’s mental health rapidly declined. He was in and out of the system’s psychiatric ward and eventually diagnosed with schizophrenia. He reported hearing things – “noises … bells ... Some­times I feel people call me ... no one there,” he told prison staff. He also believed his cell was wired and his food had been tainted with feces, and expressed frustration that he wasn’t allowed to leave prison as he said he’d been told would happen.

Execution of the mentally ill violates the constitutional ban on cruel and unusual punishment. Still, just weeks before he was slated for execution on Aug. 1, 2012, a Brazos County judge declined to allow a full hearing to determine whether Druery is sane enough to be killed. Druery, he ruled, had not made a “substantial showing” that he was too ill to be executed. But last week the CCA, the state’s highest criminal court, ruled that the trial court judge, J.D. Langley, erred in foreclosing the issue by denying Druery a chance to have his sanity vetted in a full hearing.

“There is evidence that [Druery] is aware that he was convicted of capital murder and that, at least some of the time, he knows that he is scheduled to be executed,” Judge Barbara Hervey wrote for a unanimous court. “But because of his mental illness, at least some of the time, he does not believe that he committed the charged crime and, therefore, is not aware that he committed the offense for which he was convicted, and he does not think that he will be executed.” The Court noted that “evidence similar” to this has come before the court before, and in those cases the court eventually cleared the way to the execution chamber. (Notably, in the ongoing saga of Scott Panetti, who defended himself at trial and subpoenaed assassinated President John F. Kennedy as a witness, and whose case is still pending despite the blessing of the CCA; or in the sad story of Marcus Green, for whose 2012 execution the CCA gave a green light despite his diagnosis of schizophrenia and the fact that he was hallucinating during his competency hearing, according to his attorney James Rytting.) The difference, however, is that in the other cases, each defendant had the opportunity to “present his evidence and develop the record before his competency motion was ultimately denied on the merits.”

In other words, this is perhaps only a temporary reprieve. Still, lawyers for Druery with the Texas Defender Service were encouraged by the ruling. “Much of the evidence of Mr. Druery’s mental illness comes from the State’s own mental health professionals, who have repeatedly diagnosed Mr. Druery as schizophrenic, paranoid and delusional,” said attorney Kate Black in an emailed statement.

Meanwhile, unless the Board of Pardons and Paroles recommends and Gov. Rick Perry approves clemency for death row inmate Jamie McCoskey, he will die Nov. 12 – the 15th prisoner executed in Texas this year, the 507th since reinstatement of the death penalty, and, according to the Death Penalty Information Center, the 1262nd inmate ever put to death in Texas.

McCoskey was sentenced to die for the November 1991 kidnapping and murder of 20-year-old Michael Keith Dwyer. McCoskey appeared at the front door of the apartment in Houston that Dwyer shared with his 19-year-old fiancée Laurie Collins, brandished a knife and said he needed a ride. He eventually drove the pair to an abandoned house where he allegedly raped Collins before stabbing Dwyer repeatedly, killing him (the rape charge was dismissed*). On appeal, McCoskey* claimed he was incompetent to stand trial and that his trial judge refused to impanel a jury to make a competency determination. As evidence, his lawyers pointed to an outburst, outside the presence of the jury, where McCoskey picked up a chair and hurled it at prosecutors. The CCA was unimpressed by the claims: The acting out, including the chair-throwing incident, began after McCoskey was convicted but before he was sentenced, they noted, finding that his behavior "was as consistent with poor behavioral skills as it was with incompetency."

*The story has been updated: 1) the rape charge against McCoskey was dismissed; 2) the name here originally read "Dwyer" in error; the name has been corrected.