A Wonder No More

Voters reject plan to save Astrodome 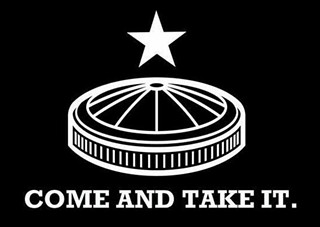 It was once called the "Eighth Wonder of the World," but now the iconic Astrodome will likely be reduced to rubble. Yesterday, Harris County voters rejected a $217 million proposal to renovate the stadium into "The New Dome Experience."

Apparently, the idea of turning the once hallowed grounds into a networking opportunity for semi-drunken conventioneers could barely elicit a "meh." Beyoncé once fulfilled her destiny there in front of a Houston Rodeo crowd. Selena played her last show there before her death. Adding Bob from Topeka to the list just didn't seem all that exciting.

The convention plan was the latest in a long string of ideas to save the building, including an Olympic stadium, a particularly musty luxury hotel, and a movie studio. The National Trust for Historic Preservation was a key supporter of the renovation idea, joining the Twitterati in bemoaning the vote. Petra Von Kant could have not cried bitterer tears. At least stadium fans were able to buy $20 tufts of Astroturf to wipe up the snot.

According to the Houston Chronicle, the fate of the building is now in the hands of the Harris County commissioners, who have indicated they would recommend quick destruction. The building has been in disuse since 2009, currently serving as a very large storage facility for castoffs from the Houston Texans' Reliant Stadium. There's probably a mummified body stuck in there somewhere. It is, after all, a very large building.

Meanwhile, #AstrodomeMemories is trending in a last-minute slacktivist effort to fight the razing. Apparently someone lost their baseball mitt there. Good times.