$2 billion and a new water infrastructure bank get voter approval 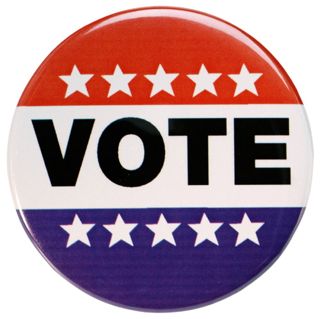 It seems Texas voters will pay for new pipes. With 2,912 (35.54%) of the state's 8,193 precincts reporting, the plan to establish a new $2 billion water infrastructure bank is cruising to an early and easy victory.

The measure, championed by Rep. Allen Ritter, R-Nederland, creates the State Water Implementation Fund for Texas (SWIFT) and transfers $2 billion from the Rainy Day Fund into its account. This will be used to help local entities pay for essential infrastructure investments over the next 50 years, and buy down the interest rates on $6 billion in water infrastructure bonds approved by voters in 2011. Local entities will still need to pay the state back, but this cash will ease the financial burden for local government and, ultimately, utility customers.

With early voting reported by the secretary of state, Prop. 6 was on to a healthy 3-1 head start. The 76.36% "for" vote held basically steady so far on election day, trembling down slightly to 74.14%. However, with only a scraping of precincts voting, Speaker Joe Straus was quite happy to declare victory at the Rattle Inn in Austin.

Straus described the win as a victory for bipartisanship and the large coalition, ranging from environmentalists to hardcore Tea Partiers like the King Street Patriots, backing the plan. The unusual collaborative mood of the night was summed up when hardline conservative Sen. Troy Fraser, R-Horseshoe Bay, sought out Environment Texas Executive Director Luke Metzger to shake his hand and thank him for his help in the measure's passage.

The night is a heavy blow for the Nix on Six campaign: Even though local activists like Save Our Springs executive director Bill Bunch, Independent Texans founder Linda Curtis, and the city of Austin's undeclared eco-adviser without portfolio Paul Robbins vocally opposed the plan, the measure passed with the approval of 75.63% of Travis County voters.

The next step, according to Straus, is for Comptroller Susan Combs to transfer the $2 billion approved tonight by voters. For Metzger, the important next stage is establishing the rules for distributing the cash. The money can only be spent on projects approved within the state's water plan. Environmentalists will be making arguments to law makers that conservation and renovation improvements, such as leaky pipes and agricultural irrigation, be prioritized as low hanging fruit. 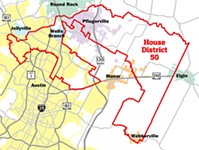