Should Austin couple married out of state be granted divorce here? 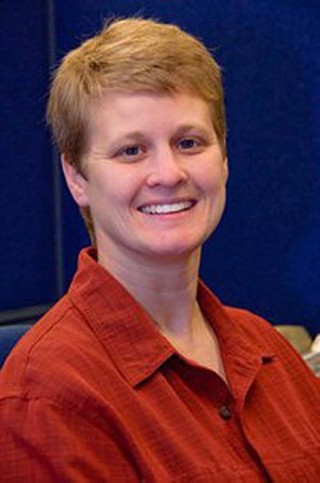 In order for a Texas to grant a divorce, must the state actually recognize a couple's marriage? And, does the Texas Attorney General have the right to involve itself in private civil actions that don't directly challenge state law and to which the state is not already a party?

Those are among the questions raised by members of the Texas Supreme Court during oral arguments this morning in two cases involving same sex couples married outside Texas who have sought to dissolve their unions here, where they live. In particular, the appeal concerns Angelique Naylor and Sabina Daly, who were married in Massachusetts in 2004 before moving to Austin. In February 2010, they were in Travis County district court seeking to dissolve the union. After two days of testimony, Judge Scott Jenkins affirmed the divorce.

Shortly thereafter, the AG's office sought to intervene and have the judgment voided, arguing that the couple's divorce threatens the state's ban on gay marriage. The case was considered by the Austin-based 3rd Court of Appeals, which ruled in early 2011 that the AG did not have standing to intervene in the civil case after the judgement had been rendered. The state appealed to the Texas Supremes, which considered arguments before a packed courtroom Tuesday morning, Nov. 5. (For the purpose of oral arguments, the Naylor/Daly case was consolidated with another appeal moving through the system involving the divorce of two men, known in court filings as J.B. and H.B., who sought a no-fault divorce in Dallas.)

According to the state, to allow same-sex couples to divorce without its intervention would be to allow a direct challenge to the constitutionality of a portion of the Family Code and of the Texas Defense of Marriage Act, passed by voters in 2005. Because courts have to recognize the existence of a marriage in order to grant a divorce, the simple act of seeking divorce in and of itself triggers the AG's "inherent" right to defend the law – in these cases, by opposing the dissolution of an out-of-state marriage, Assistant Solicitor General James Blacklock argued before a packed court room Tuesday morning. "All same sex marriages are void and unenforceable" in Texas, Blacklock argued, which means they can't be subject to a divorce proceeding, without presenting a challenge to Texas DOMA, because "divorce unquestionably recognizes" marriage.

Attorney Jody Scheske, representing the former couples, disagrees; marriage and divorce are separate legal concepts, he argued. Texas laws banning same-sex marriage don't address divorce, nor do they take jurisdiction to do so away from the district courts; as such, the state has no authority to insert itself into a private civil matter, he argued.

Had Naylor and Daly brought a direct challenge to the Constitutionality of the state's DOMA law, that would be one thing, but they have not, Scheske argued, meaning the state has no authority to deny the couple the right to have their case considered by a judge, who in this case ultimately granted the dissolution. "[W]hether the state has a rational basis" to deny marriage to same-sex couples is irrelevant in this case, he argued. But "denying [the couple] the opportunity to even be heard – not just a denial of the [divorce, but] a denial to be heard [in district court], that is a textbook due process violation." Ultimately, the state "doesn't have the right to intervene in a private divorce case" absent some challenge to state law – such as a direct attack on Texas DOMA – and certainly not after the divorce was formally granted, Scheske argued.

Several justices asked Blacklock if the AG's right to intervene the Naylor case would extend to all same-sex divorce cases. What if there is an agreed decree from the parties, and no one ever mentions DOMA, asked Justice Jeffrey Boyd, "in that case how does the AG's office have standing to intervene?" Given the national debate over gay marriage, Blaylock responded, it's hard to see how even that hypothetical case wouldn't be attacking the state law on some level, because there is no way to grant a divorce without recognizing a marriage, he said.

Is it equitable to allow the state to intervene after a judgment has been rendered, as in the Naylor case, Justice Eva Guzman asked. Yes, Blacklock said; the AG's office made a strategic choice not to intervene sooner because one party to the divorce had raised an issue that the marriage could be voided and thus not subject to divorce proceedings at all, he said. In fact, the AG's office believes that legal marriages of same-sex couples from other states should simply be voided in Texas.

Wouldn't that be problematic, Guzman and Chief Justice Nathan Hecht asked. If the marriage is legal in Massachusetts, can it simply be voided in Texas? Would that then require a couple to secure separate legal instruments voiding or dissolving the marriage in a host of different states? What about in cases where there is property or debt to consider? Would that voiding of the marriage "inject disarray" into the couple's lives, Justice Don Willett asked. No, Blacklock said, the court voiding the union can "do what it needs to do to legally disentangle the parties" on all levels.

But using the state's ban on gay marriage in this manner, to deny his clients the ability to divorce, itself creates a Constitutional problem, Scheske argued, citing the U.S. Supreme Court decision this summer that voided a portion of the federal DOMA that created unequal status for legally married gay couples as compared to their heterosexual counterparts. "Forcing a targeted group of citizens into a separate but unequal court procedure," as the AG's office is suggesting, "is never constitutional," Scheske argued.

The court has no deadline to issue its ruling in the case.