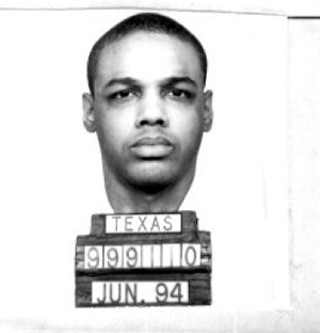 Arthur Brown’s friend Marion Dudley had been buying cocaine from Rachel and Jose Tovar for some eight months by the time Brown made a trip with Dudley from Tuscaloosa, Ala. – where the two lived with a third friend, Antonio Dunson – to the Tovar home in Houston in June 1992.

Dudley was a drug dealer in Tuscaloosa, and used the Tovars as middlemen when obtaining his supply. On that particular trip Dudley and his associates were hoping to score three kilos of coke.

They never did score. Instead, while Dun­son waited outside in the car, Dudley and Brown bound the Tovars, Rachel’s son Frank Farias, her son Anthony’s pregnant girlfriend Jessica Quino­nes, and two neighbors, Nicholas Cortez and Audrey Brown, and shot each of them in the head. Rachel Tovar and Cortez survived and reportedly identified Dudley and Brown as the assailants. Dudley was executed in 2006; Dunson is serving a life sentence. Brown, also sentenced to die for the crime, had been slated for execution on Oct. 29, but that date was pulled in order to conduct additional forensic testing, pursuant to a newly-filed appeal challenging the science underpinning ballistics evidence presented at his 1993 trial.

Indeed, at Brown’s trial Houston PD ballistics expert Charles Anderson testified, unequivocally, that slugs pulled from the victims positively matched two guns – a Smith & Wesson .357 Magnum and a Charter Arms .38 – that had been retrieved in Alabama and that the state asserted were wielded by Dudley and Brown during the grisly robbery-turned-murder – to the exclusion of all other firearms, including similar model weapons.

But whether those firearms actually fired the fatal bullets is now at issue. In late September, Brown’s case became the second capital conviction challenged under the provisions of Senate Bill 344, passed this spring. The law, which took effect Sept. 1, allows inmates to appeal based on the use at trial of junk or outdated science. In Brown’s case, court-appointed attorney Paul Mansur with the Texas Defender Service argued in a Sept. 13 motion to have evidence released for additional testing that Anderson’s testimony “undoubtedly created an impression that his application of scientific principles was infallible and that the degree of certainty afforded by his analysis was complete. However, advances in the understanding of this forensic discipline … would preclude an expert from making these inflated claims.” Prosecutors have agreed that more testing should be done. The case is now pending.

The withdrawal of Brown’s execution date leaves just two inmates currently facing death in 2013. The next scheduled execution, of Jamie McCoskey, is set for Nov. 12. 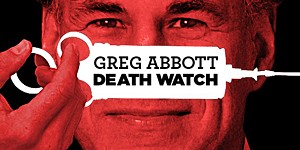