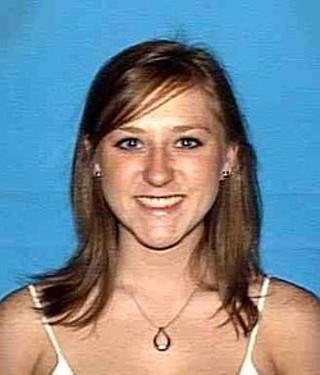 The 5th U.S. Circuit Court of Appeals ruled today that Colton Pitonyak, serving a 55-year sentence for the gruesome murder of his friend Jennifer Cave, is not entitled to a new trial based on a claim that prosecutors withheld evidence suggesting that an accomplice, Laura Hall, was actually responsible for the crime.

According to the opinion of the three-judge panel, evidence that Hall – who was convicted of tampering with evidence in the case and of hindering apprehension of Pitonyak by fleeing with him to Mexico after the crime – bragged while in jail that she murdered Cave inside Pitonyak's West Campus apartment in 2005 was not illegally withheld from Pitonyak's defense. The admission was recorded by a jail counselor and filed in the electronic records of Hall's stay in the jail while awaiting trial under a tab marked "Medical" and another sub-tabbed "Treatment." The duty of prosecutors to disclose to the defense exculpatory, impeaching, or mitigating evidence – known as Brady material – does not extend to this piece of evidence, the court ruled, because a counselor, even working inside the government-owned and -run jail, had no obligation to comply with the Brady rule.

During oral arguments at the end of August, Pitnoyak attorney Chris Perri argued that to decide that Pitonyak did not have a right to that material would be to shift the prosecution's burden under Brady to individual government employees who make regular additions to a case file.

In its ruling, the Fifth Circuit disagrees: "Here, it was not unreasonable for the state court to determine that [U.S.] Supreme Court precedent is uncertain as to whether a mental health professional is encompassed within the Brady fold, reads the opinion. The counselor in question here "was not involved in investigating or preparing the case against Pitonyak" and the fact that she made a notation in the file also to contact Hall's attorney "suggests that she was not working on the prosecutor's behalf in this case." If she was not "acting on the government's behalf in her provision of mental health services within the jail" then it isn't the prosecution's Brady burden to know, or to turn over to the defense, that information.

UPDATE: In an email, Perri wrote that while he and co-counsel Joe Turner appreciate the Fifth Circuit hearing the case, the panel, "by restricting the prosecution's Brady obligation to evidence only known by the prosecutors or police investigators assigned to the actual case...has created a loophole that will allow the State to close its eyes to potentially exculpatory evidence." Under this "restrictive" interpretation prosecutors "can escape their obligation by simply refusing to learn of exculpatory evidence, even if it has reason to believe that a file might contain such evidence," Perri wrote. "This is a step backwards, and we'll ask the [U.S.] Supreme Court to clarify that due process demands that when it's reasonably foreseeable that a file contains exculpatory evidence, the prosecutors must inspect that file."

Indeed, in prosecuting Hall, the state made use of statements Hall made to her cellmate, Henrietta Langenbach, in order to convict her. That Hall had already made incriminating statements to one person in jail should have alerted prosecutors to the fact that Hall might have spoken with others too – information that might have appeared in the jail file, and been discoverable by defense attorneys. Notably, the Fifth Circuit left out that fact, Perri noted.

Additionally, Perri wrote that Pitonyak's defense has now collected additional evidence, in the form of a statement from a former friend of Cave and Pitonyak's, Jason Mack, who this summer wrote a five-page affidavit detailing statements that Hall made to him after she'd been re-sentenced to 10 years in prison, in 2010, for her role in covering up the murder.

According to the affidavit, Mack, who testified at Hall's original trial and who in 2010 was sentenced to 30 years in prison, was on a van back to the county's Del Valle jail facility as was Hall when she told him that she was at Pitonyak's apartment the night that Cave was murdered and that she was the one who actually fired the fatal shot to kill Cave. She and Cave had argued about Pitonyak, who was "unconscious" at the time, Mack told a defense investigator. Cave allegedly told Hall that Hall should leave the apartment. Hall refused, picked up a gun from the coffee table, and killed Cave. "Laura...stated that if that bitch would have just shut her mouth I never would have had to kill her," Mack said Hall told him.

Perri wrote that the new information will be included in another appeal to be filed soon in state district court. "How many times does Laura Hall have to confess to Jennifer Cave's murder before we get a new trial for Colton?" he asked.