Suit says APD detective executed civilian who fled from him 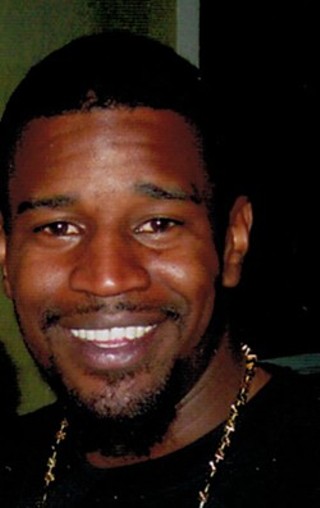 A lawsuit filed yesterday against the city and Austin Police Det. Charles Kleinert for the wrongful death in July of Larry Eugene Jackson alleges that Kleinert pursued Jackson because he was black and then deliberately shot the 32-year-old in the back of the head, contradicting official statements that report Kleinert said the shooting was accidental.

According to the lawsuit, filed by attorney Adam Loewy on behalf of Jackson's mother and stepfather, Billie and Larry Mercer, Jackson was the victim of an "enraged" Kleinert who pursued and shot Jackson because he was a black man attempting to enter a closed bank in a "predominantly white area" of town. "I think there's no question" that is what actually happened, Loewy told us today.

A brief statement released this afternoon and attributed to the city's legal department states that the city only learned of the suit via the media and that, as "there is an ongoing investigation related to the incident, we cannot offer a comment at this juncture." And, indeed, whether Loewy's lawsuit – notably, filed on behalf of Jackson's parents and not his children (who Loewy does not represent) – has any legs, remains an open question.

Jackson was shot once in the back of the head on July 26 after a scuffle with Kleinert under an overpass of Shoal Creek near West 34th Street. According to police, Jackson went to the Benchmark Bank that afternoon with the intent of committing a "fraud" – presumably, by passing a forged check. The bank was closed, however, because of an earlier (and unrelated) robbery at the branch; at the time Jackson approached the front doors, Kleinert was inside conducting a follow-up investigation. Jackson reportedly tried twice, without success, to enter the bank and after the second time misidentified himself when questioned by the bank manager who went outside to tell him the bank was closed. That manager apparently found Jackson suspicious and alerted Kleinert to the situation. Kleinert went outside to talk to Jackson, a conversation police say was captured by surveillance cameras, and then Jackson fled.

Although police initially said only the Kleinert pursued Jackson on foot, a source told the Chronicle (and police later acknowledged) that the detective actually commandeered a vehicle being driven by a civilian and ordered that person to drive him around as he searched for Jackson. A source told us that Kleinert was clearly agitated during that drive and refused to calm down or to explain to the driver exactly what was happening. Kleinert eventually spotted Jackson, hopped out of the car, and pursued him on foot down to the Shoal Creek trail where the fatal encounter took place.

According to the Mercer suit, Kleinert was agitated before Jackson fled from his questioning. Instead, the suit alleges that Kleinert "angrily confronted" Jackson about why he was at the bank and "why he was in this specific part of town." Jackson fled the scene not because he was doing anything wrong, Loewy says, but did so in "reaction to Kleinert's anger," reads the lawsuit. According to the lawsuit, Kleinert pursued Jackson with the specific intent of provoking a confrontation. "Kleinert grabbed Jackson and began to rough him up," the lawsuit alleges, before "Jackson eventually turned and attempted to get away from the enraged Kleinert. Kleinert then unholstered his duty weapon, and shot Jackson once in the back of the head."

Although Kleinert has allegedly told officials and police investigators since the beginning that the shooting was accidental, the lawsuit argues that Kleinert deliberately shot Jackson even though he was not in any danger of being harmed himself. "Kleinert knowingly and intentionally pulled the trigger with the full intent of killing Jackson," the suit charges. "Kleinert subsequently stated he 'accidentally' shot Jackson but this is obviously false."

Asked why the official story is obviously false, Loewy said that there would have been no reason for Kleinert to have his weapon unholstered; Jackson had no weapon, and there is no evidence that he was attempting to injure Kleinert. "How do you accidentally pull out a gun and shoot someone in the back of the head," Loewy asks, "when [police] are taught not to go [for a weapon] unless it's go time?" Loewy says that the investigation his firm has done suggests Kleinert was "clearly having a bad day" and finally cracked under pressure, leaving a dead man in his wake.

Attorney Robert Icenhauer-Ramirez, who has been tapped to represent Kleinert, wrote in an email that Loewy is "known to make outlandish claims that cannot be substantiated in court. I think that was proven in the case we tried in June" – a federal civil rights case against APD Officer Nathan Wagner for the 2011 shooting death of Byron Carter. Loewy lost that case. "He makes a lot of baseless allegations in this case," Icenhauer-Ramirez wrote. "The lawsuit is full of outright lies. Making allegations and providing proof are two different things."

The APD has completed its administrative and criminal inquiries into the shooting, but no action has yet been taken to discipline Kleinert, and a grand jury inquiry is pending.

Whether Loewy's lawsuit has any real legs remains to be seen. Indeed, it is unclear whether Jackson's stepfather has standing to bring a wrongful death and civil rights suit on Jackson's and it isn't clear how strong a claim his mother has to his legacy. Jackson leaves behind three children, who as his heirs have the strongest standing, but they are being represented by another attorney, Bobby Taylor (who represented the family of Daniel Rocha, who was killed by APD back in 2005.) Notably, Taylor has not yet filed a federal suit on behalf of the children. 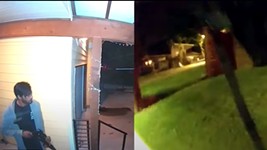 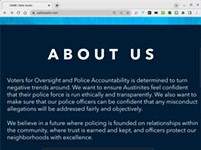