Keller says any competency is good enough for death 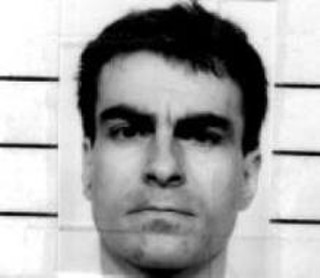 A split Court of Criminal Appeals today ruled that a Fort Worth court did not have the legal right to force a mentally ill death row inmate to be medicated in order to make the defendant competent to be executed.

The ruling, by a 5-4 majority of the court, vacate's a trial court's order to forcibly medicate death row inmate Steven Staley, but is silent on whether the Texas Constitution would absolutely forbid the execution of someone forcibly drugged or whether Staley is too ill to be executed at all.

Staley has been on death row for 22 years for the 1989 murder of Robert Read in the aftermath of a botched robbery attempt by Staley and two accomplices at a Fort Worth Steak & Ale restaurant. After moving to death row in 1991, his mental health began a marked deterioration, according to court records, and his first execution date, in February 2006, was ultimately stayed because he was too ill to be executed. The state subsequently argued that it should be allow to force Staley to take medication, in order to both ease his suffering from the effects of his paranoid schizophrenia and to enforce the judgement of death. Staley's defense argued that to medicate him under such circumstances would be to create an "artificial competence" that would not pass legal muster for execution, and that the law did not allow a judge to order such forced medication. The court disagreed and ordered Staley forcibly medicated – a process that, at times, according to the ruling, saw Staley restrained in order to be injected with drugs. For six years the state medicated Staley with about a 60% success rate of forcible medication, according to the majority opinion.

After years of medication Staley was again found competent and set for execution in May 2012; again, his defense contested. In it's ruling today, the CCA agreed that the evidence "conclusively shows that medication was critical to restoring [Staley's] competency and that, but for the involuntary-medication order, [Staley] would not have been compliant in taking his medication as prescribed," reads the opinion by Judge Elsa Alcala, and joined by Judges Tom Price, Paul Womack, Cheryl Johnson, and Cathy Cochran.

In dissent, Presiding Judge Sharon Keller explained that state statute prohibits the execution of an incompetent person – one who does not "understand that he is to be executed, and that the execution is imminent, and the reason he is being executed," she wrote. But the statute "has nothing to say about the manner in which a person becomes competent to be executed." Thus, if an inmate is forcibly medicated – which she opines the district judge had the right to order for Staley (a point made in a separate dissent by Judge Larry Meyers, with which Keller joined) – and that makes the inmate competent, that is fine. She disagrees with the notion that such competency is only "artificial." A "person who is competent only because of involuntary medication is still competent," she continued, "and the statute allows such a person to be executed."