Cargill Out: Guns 'R' Him 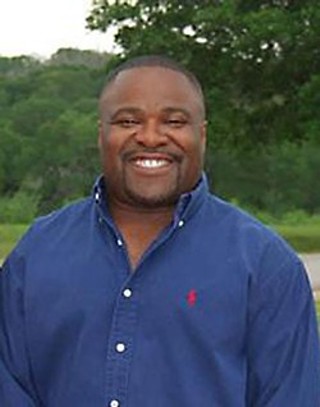 As recently as Tuesday, Cargill was citing potential endorsers of his campaign, saying he expected to receive the endorsement of the libertarian group Texans for Accountable Government. But on Thursday, he told Chronicle reporter Christopher Hooks that he had been in discussion "for weeks" with VanDeWalle about possibly withdrawing in favor of his GOP rival, and that he had decided late Wednesday night or early Thursday morning not to run. That was a bit curious, noted Hooks, since the filing deadline was 5pm Wednesday.

Cargill may not have shaken the foundations of Texas politics by running/not running/never filing for the HD50 office, but he did manage to fool the Chronicle. When the Chron when to press Wednesday evening, reporter Hooks had been repeatedly assured by Cargill that he was an actual candidate; lesson learned – always check the final filings.

*[UPDATE Sept. 6.] "And then there was one (Republican). Central Texas Gun Works owner Michael Cargill announced Thursday morning he was putting a halt to his nascent campaign and endorsing his fellow GOPer Mike VanDeWalle, citing a desire to pursue gun rights advocacy outside of the Legislature. Cargill said he had been in talks with VanDeWalle's campaign to drop out and endorse Jollyville chiropractor VanDeWalle for several weeks, but 'wanted to be sure that VanDeWalle was solid on the issues I care about.' (He also said he had made his decision late Wednesday night/early Thursday morning – although the filing deadline was in fact Wednesday at 5pm.)

"VanDeWalle's a bread-and-butter economic and social conservative, while Cargill's politics, beyond expanding access to guns, have been more … idiosyncratic. It's hard to guess what issues they have in common – but Cargill, who ran his last campaign as a Democrat, says he 'wants to see the Republicans take back that seat. And Dr. Mike's the person who's most capable of that.' And though the district leans Democratic, VanDeWalle's now unopposed claim to GOP support increases the probability he'll show up in the December 10 runoff.