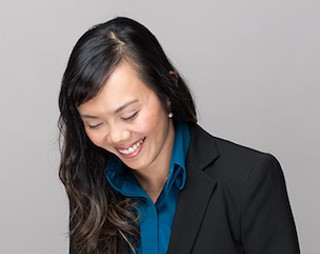 Ted Nugent pigs out, Jade Chang Sheppard laughs it off, and Wendy Davis presses pause. Glad-handing is on the News Ticker.

• Ahead of the Labor Day weekend, some Texans have already started to party. Shemane Ann Nugent, wife of dehydrated turkey leg Ted, started her vacation half-cocked.

• A 4 year-old Pickle Elementary student was found wandering the streets yesterday. Although sources have not revealed the reason for her adventure, we think she was under the control of the the LBJ Library's collection of Madame Alexander first lady dolls.

• Of course, children are bound to be left behind as long as the Austin Independent School District continues to employ memes.

• We're not sure that Jade Chang Sheppard is taking her house district 50 campaign seriously.

• Sen. Wendy Davis is delaying her announcement about her political future while her father recovers from a recent surgery.

• Bexar County officials are preparing for a slew of voters whose names might be listed differently on voter registration cards and state I.D.s. Thank goodness Beezow Doo-doo Zopittybop-bop-bop lives in Wisconsin.

• We're not sure what we'll find when the curtain is pulled back, but did anyone expect a PAC called Secretive Politics to be transparent?

• According to Facebook metrics, the University of Texas Longhorns are the most popular football team in the country. The water balloon squad is significantly less popular.

• While we agree with the message of the "Choice:Texas" video game, we were hoping for something a little more aggressive. Would it have killed the developers to let us throw tampons at "big boss" David Dewhurst?

• Texas beaches apparently have much in common with Miley Cyrus' big foam hand.