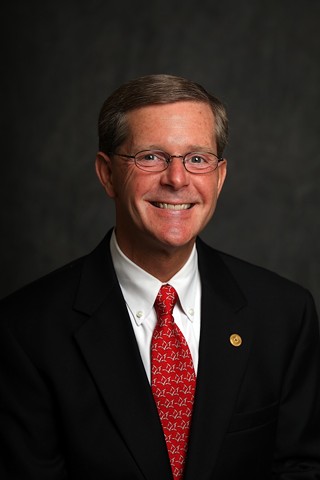 If anyone still buys the Texas GOP line that the newly signed abortion restrictions are about protecting women's health, a House bill filed yesterday quickly takes away any credibility. Hot off Gov. Rick Perry's signing of HB 2's 20-week abortion ban, Rep. Phil King has filed legislation that would move the marker to six weeks.

Coauthored by Republican Reps. Dan Flynn and Geanie Morrison, HB 59 prohibits abortion after the detection of a "fetal heartbeat," defined by the bill as "cardiac activity or the steady and repetitive rhythmic contraction of the fetal heart within the gestational sac." Before performing an abortion, doctors would be required to test for a heartbeat, and the patient would be obligated to sign an acknowledgment form stating that she understands the "statistical probability of bringing the unborn child possessing a detectable fetal heartbeat to term."

Although the bill does not outline the specific methodology for the heartbeat test, it does give the executive commissioner of the Health and Human Services Commission authority to define testing procedures. An exception is made for cases of undefined medical emergencies. Failure to comply with the testing would subject physicians to misdemeanor charges and a fine not to exceed $10,000.

In March of this year, North Dakota Gov. Jack Dalrymple signed similar legislation into law that was quickly challenged in federal court by the Center for Reproductive Rights on behalf of the Red River Women's Clinic in Fargo. The Arkansas law banning abortion at 12 weeks was temporally blocked in May after a federal judge said the legislation would likely be found unconstitutional. According to the U.S. Supreme Court, women have a constitutional right to abortion until viability, generally around 24 weeks into pregnancy.

The Texas bill likely does not have any wings in the waning days of the second special session, but there is still an outside chance of the bill being considered by the full chamber. Before recess, House members agreed that committee business could still take place in the interim. Currently, HB 59 has not been assigned for hearings.