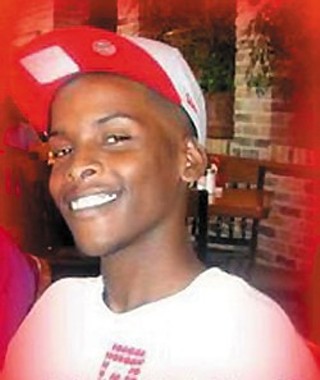 Austin Police Corporal Eric Cleveland heard the shots before his radio ever crackled to life. When it did, Officer Jeffrey Rodriguez was at the other end, calling out what Cleveland already knew: Shots fired.

Cleveland jumped from his rooftop perch – where he was acting as a lookout for suspicious behavior in the area just east of Downtown proper, as part of a so-called "spotter operation" – and slid down a chute ladder. He hit the ground and ran "full speed" the one-and-a-half blocks to where the shots had come from, on East Eighth Street, just east of I-35.

There he saw Rodriguez being helped across the street by another officer (who, exactly, he doesn't remember, he testified in federal court on Monday morning). Even though it was late, roughly 11pm, looking up Eighth Street he said he could clearly see another officer, Nathan Wagner, standing some 225 feet away. He ran up the hill to ask what had occurred, he testified.

Although he didn't talk to Rodriguez he testified that he had "no doubt" that Rodriguez was injured.

Cleveland was actually supervising Rodriguez, Wagner, and another officer the night of May 30, 2011, when five rounds fired by Wagner entered a car in which Byron Carter was a passenger; four of those rounds struck Carter, who died in the car.

Wagner has said the only reason he fired into the car was that he believed the driver, then-16-year-old Leyumba Webb, was intentionally trying to hurt him and/or Rodriguez. Wagner testified last week that he believed Rodriguez had been hit and that he was in danger of being dragged down the street as Webb pulled a borrowed red Alero away from the curb on East Eighth. Rodriguez testified that Webb looked right at him before pulling the car away from the curb; both officers insist that Webb and Carter could see them and identify them as uniformed police.

But Carter's family argues in their wrongful death suit that the officers had surreptitiously followed Carter and Webb who they decided were "suspicious" because they are black; the pair didn't know they were followed and when they saw Rodriguez and Carter outside the car they could not identify them as police officers. Webb was already pulling away from the curb when the shooting began, he said; he drove hastily away to avoid what he considered an attack by an unknown source.

Whether Rodriguez was injured and whether Wagner had an objectively reasonable belief that he was, is central to the case. Rodriguez has testified that he was injured when the car Webb was driving struck the upper portion of his shin. The Carter family's attorney Adam Loewy has argued that Rodriguez was not injured – medical reports from Brackenridge that night diagnose Rodriguez with a sore ankle, he has noted, but nothing more serious. In testimony Monday morning, Loewy elicited from two separate witnesses who work at or around Brackenridge hospital about whether they usually see far more severe injuries when a pedestrian is hit by a car; yes, they both testified, but also that they'd seen individuals who'd been hit who hadn't sustained serious injury.

Wagner, represented by Robert Icenhauer-Ramirez, closed the defense case just before lunch today with testimony from Greg Karim the APD's veteran firearms examiner. In his questioning of Karim, Icenhauer-Ramirez focused on calculations Karim had made about the likely position of Wagner relative to the car Webb was driving, particularly as he fired his first shot into the car, which entered through the inspection sticker affixed to the windshield. According to Karim's calculations, if Wagner fired his weapon just after it "cleared the leather" of his holster, he would have been holding it at or just above waist level; given the trajectory of the bullet, that would mean the distance from the end of the muzzle to the entry point on the windshield was between 5.5 and 11 inches, Karim testified – thus, close enough to be a real threat to his safety.

In cross-examining Karim, Loewy focused instead on a set of photos Karim made during a pseudo re-enactment of the shooting using two APD employees. Those photos focus on the trajectory of the bullets, the sequence in which they were fired, and where the rounds struck the car's occupants – but not at all on the distance from officer to car. Based on his work, Karim said he could say "more likely than not" where each round hit. The first, through the windshield sticker, likely struck Carter in the stomach, he said. The second shot, fired low and through the far left side of the driver window, likely struck Carter's thigh; the third – also through the driver side window, but slightly higher and more toward the center than the second shot – hit Webb's right arm and then struck the rear of Carter's left shoulder. The fourth shot, fired through the driver window, but lower than the previous shot, and more toward the right side of the glass, struck Carter in the back of the head and kept going, exiting the passenger side window. The fifth shot, went in through the lower right corner of the driver window before ricocheting on the dash and striking the windshield from the inside.

For Loewy, the trajectory of the bullets inside the car appeared more interesting than the distance at which they were fired. During his questioning he focused on the idea that the bullet trajectories suggest that the car had already passed Wagner and was not threatening him when Wagner began to fire. Karim testified that each piece of his investigation – including those focused on by each of the lawyers – should be considered as a whole and not in isolation.

Closing arguments will begin at 9am Tuesday morning, after which the case will be given to the jury to deliberate.

Testimony in the federal civil rights case brought against Austin Police Officer Nathan Wagner by the family of the 20-year-old he killed in a May 2011 police shooting concluded today. Lawyers for Carter's family and for Wagner will work this afternoon on a jury charge; closing arguments are scheduled for tomorrow morning.

At issue is whether Wagner used excessive force when firing multiple rounds into a vehicle in which Carter was the passenger on May 30, 2011. Wagner has said the only reason he fired his weapon that evening is that he believed his partner, Officer Jeffrey Rodriguez, had been struck by the vehicle on purpose – and may be severely injured or even killed – as it pulled out from from a parallel parking spot on East Eighth Street, just east of I-35.

Carter's family argues that the evidence actually demonstrates that Carter and the driver, then 16-year-old Leyumba Webb, were surprised by officers moving surreptitiously toward them on a darkened street. The pair was already pulling away from the curb, they argue, when the police popped up. When the shots began, Webb drove hastily away in order to escape attack by an unknown party, they argue.