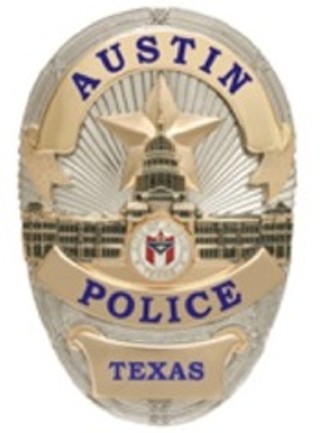 On the heels of Wednesday's termination of an officer for lying about his off-duty work, Austin Police Department Chief Art Acevedo yesterday fired a second officer, Manuel Garcia, in connection with his February arrest by APD for prostitution.

According to a disciplinary memo, Garcia was detained just after 7pm on Feb. 2 by police at Fiesta Gardens where he was parked in a "dark, unlit area of the parking lot in an area known for drug use and prostitution," reads the memo, penned by APD Chief Art Acevedo on Thursday. Inside the car with Garcia was Teresa Gail Little, a woman police know as a prostitute and drug user. Under questioning, Garcia told police that he knew Little, was taking her out for a bite to eat, and that he'd previously offered her similar help "because she was going through hard times." He told the officers he was out of work and did not have a weapon in his car – claims he would later admit were lies.

When the officers questioned Little, she told them that she knew Garcia as "Luis," that the two had "dated" several times, and that her beau had paid her $10 for oral sex. A folded up $10 bill was found in the air conditioning vent of Garcia's car. Garcia was popped for prostitution while Little was taken in on outstanding warrants.

During his interview with Internal Affairs, Garcia allegedly told investigators that he lied when he said he knew Little – he'd never actually seen her before and on the night in question she'd "suddenly jumped into his truck" while he was in the park "and would not get out," reads the memo. And while he admitted to lying about being out of work and about not having a weapon in his car when he was popped, he also told IA that he hadn't asked Little for oral sex and that the officers who'd detained him that night had "'put that into' Ms. Little's mind and 'obviously' '[led] her on,'" according to the memo.

Garcia's actions "constitute criminal conduct," Acevedo wrote, and he violated the department's policy on honesty, which is "of the utmost importance in the police profession." Indeed, Garcia not only failed to tell the truth to IA investigators but also "impugned the integrity of his fellow officers in an attempt to conceal divert or mitigate his true culpability in the incident in further violation of APD's honesty policy."

Garcia is the second officer to be fired this week for issues involving criminal conduct and dishonesty.

Garcia was given five days off last year in connection with his conduct during an Oct. 31, 2011, vehicle pursuit in North Central Austin. In that incident Garcia continued a vehicle pursuit after watching a woman be tossed from a car on the side of the road, drove through two stop signs and the wrong way up the I-35 service road without aid of his siren, and used inappropriate language with a suspect.

Garcia may appeal his indefinite suspension – in civil service parlance the equivalent of termination – to the Civil Service Commission or to an independent arbitrator.