Senate and House committees taking testimony for next three days 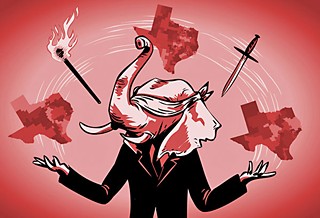 The first called special session of the 83rd Legislature begins in earnest Thursday morning as the Senate Select Committee on Redistricting holds their first, and seemingly only, public meeting.

Gov. Rick Perry called the legislature back on Monday less than an hour after sine die, and the House and Senate have quickly assembled select committees to start discussions. Now three days of hearings are scheduled between the two chambers.

Thursday, May 30, 9am: Senate Select Committee on Redistricting

All hearings will be held in the Capitol Extension Auditorium, E1.004: That's in the underground extension (if you have never been to the Capitol before, go to the elevators at the North side and go to E1.)

The process threatens to be highly accelerated. Senate committee chair Kel Seliger, R-Amarillo, is only planning one meeting, while House chair Drew Darby, R-San Angelo, said he plans to have legislation before Perry by the middle of next week.

However, there could be one catch. While Perry has asked only that lawmakers rubber stamp the interim maps drawn by the San Antonio courts last year, Speaker Joe Straus has already said he will entertain other maps.

Yet Straus' plan comes with its own "however." On Wednesday morning the San Antonio court met to have its latest hearings in the redistricting challenges filed after the 2011 session. During the hearing, Judge Jerry E. Smith said he was not sure how, due to the narrow definition of the call, alternate maps could be considered.

Democrats, unsurprisingly, are working hard to make this less of a done deal than many Republicans would like. Taking Straus' lead, so far eight redistricting bills have been filed in the House: Four by Darby, plus two alternate plans for the Texas House and Congress (So far the Senate has no alternate plans, with only Seliger's companions to Darby's filed so far.) Meanwhile, Mexican American Legislative Caucus chair Rep. Trey Martinez Fisher, D-San Antonio, has sent a letter to Darby requesting that Perry's staff be called to the committee to explain the limited call. He also want House Parliamentarian Chris Griesel to explain how amendments will be handled. More pointedly, he wants Attorney General Greg Abbott to explain why, since he is the leading the state's suits protecting the old maps, he hasn't bothered personally ever turning up in court.