Daniel Greer mouths off, Lee Leffingwell dances with the stars, and Judith Zaffirini reaches a landmark. Achievement is on the News Ticker. 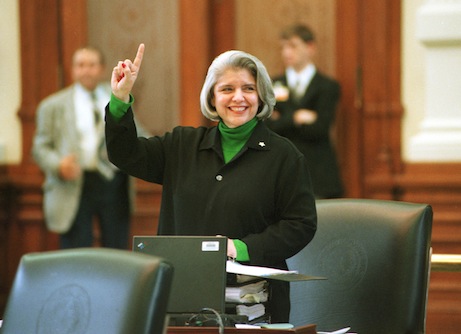 • Maybe it's the long-delayed arrival of Central Texas heat or the resentful muscle memory of Bike to Work Day, but people in Austin have been expressing themselves in odd ways. Some statements were benign. For example, Rep. Sylvester Turner has decided to give his soundbites in the form of Michael Jackson songs.

• Some were ill-advised. Dr. Steve Hotze, the deadmau5 of the far-right, thinks he may have an album in him.

• Others were shocking. A Gorzycki Middle School teacher allegedly lobbed a racial slur at a student.

• And then there was this tweet from Daniel Greer, the Executive Director of conservative nonprofit AgendaWise. To be fair, not hiding one's douchiness does follow AW's mission to provide "transparency in the Texas political discourse." 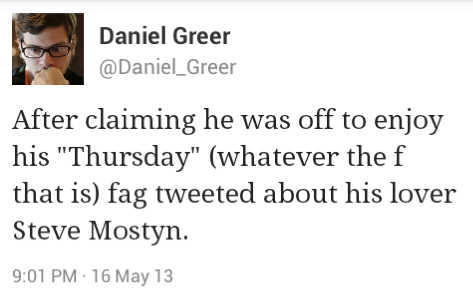 • Gov. Rick Perry reportedly wants to do away with university research money. This is probably so scientists will never find out that he is an incredibly realistic piñata that feigns life through photodiodes cleverly hidden in "his" gold jewelry. Hey, where's InfoWars on this one?

• A good ole fashioned kerfuffle is brewing in the Senate over a proposed end-of-life bill.

• Mayor Lee Leffingwell will be hobnobbing with some big celebrities slightly well-known people at the launch of Virgin America's non-stop flights between San Francisco International Airport and Austin Bergstrom. We wonder if he will be able to hold his excitement when "designer" Whitney Port and "actor" Wilmer Valderrama exit the plane.

• Of course, this will not be our mayor's first brush with fame. Turns out he has secretly been moonlighting as a script writer for The Office.

• Congratulations to Sen. Judith Zaffirini, who cast her 50,000th vote today – continuing her 100% voting record. Although her commitment is admirable, sometimes we worry that her voting has become an obsession. Some say she voted for all four of her high school student council elections, every season of American Idol, and multiple contenders for Lay's new potato chip flavors. She is also said to be responsible for at least 65% of Reddit's upvotes.

• According to analysis from the Marchex Institute, Texas is among the least foul-mouthed states in the nation. While it's true that we may technically sound more like The Waltons than The Sopranos, it's clear that Marchex isn't clued in to the true meaning of "bless your heart."

• There was also a SWAT situation early this morning. Keeping it weird, ammirite?