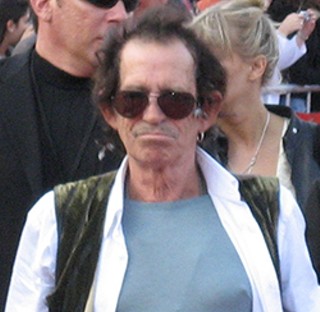 Greg Abbott appeals to the base, Ted Cruz wrestles with a decision, and Keith Richards has no spare parts. Luddism is on the News Ticker.

• Meanwhile, Texas Attorney General Greg Abbott is hot to show off his conservative bona fides. We're sure they're very impressive.

• Aggressively groomed U.S. Senator Ted Cruz is reportedly eyeing a 2016 presidential run. His stump speech, however, could use a little work.

• All that bombast leaves Texas politicians little time to look into the West Fertilizer explosion. Besides, Barbara Boxer seems to have it handled.

• Lance Armstrong's lawyers plan to argue that the U.S. Postal Service should thank their lucky stars that his nibs stamped his jersey with their logo. Obviously since then, the USPS has been swimming in it.

• According to a new Kaiser Family Foundation poll, 42% of Americans have no clue about Obamacare.

• That's probably because there are more urgent issues taking up U.S. brain space. How can the nation pay attention when animatronic desert boot Keith Richards still doesn't own an iPod?