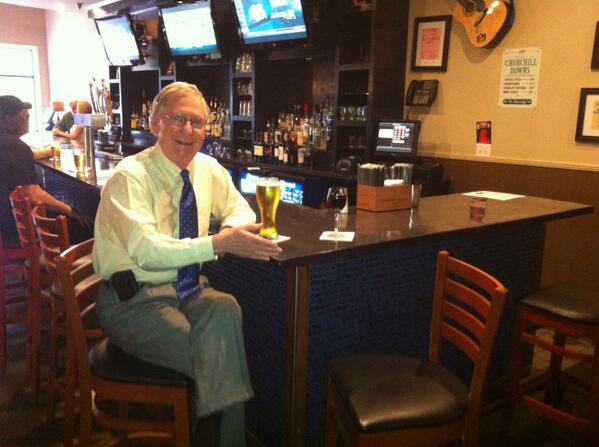 Jason Collins slam dunks, Matt Mackowiak deletes a tweet, and Mitch McConnell sits for a spell. Apparitions are on the News Ticker.

• The national conversation today is focused on Jason Collins, the first active professional sports player to come out as gay.

• While most of the reactions have been positive, local pundit Matt Mackowiak seems to be a little weary.

• To be fair, his bloodlust probably takes its toll.

• Judging by the spooky promo for KVUE's latest entry into their "Defenders" series, AISD will have a very serious problem on their hands in about seven days.

• Kansas City Google Fiber users give Austin a taste of what's to come. The revolution, apparently, will be mildly pleasant.

• After 42 years in business, Freewheeling Bicycles is closing its San Gabriel storefront at the end of the month.

• Gov. Rick Perry's feathers are ruffled over a Sacramento Bee editorial cartoon. The cartoonist is just happy that he found an audience.

• The two Texas Senators are also in a huff. John Cornyn doesn't take kindly to opinions.

• And Ted Cruz isn't above sharing his "squish" list.

• We all thought that Clint Eastwood was senile when he spoke at the Republican National Convention, but it turns out the GOP's relationship with empty chairs runs deep.