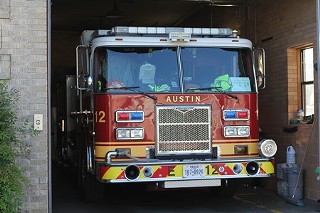 The U.S. Department of Justice on Monday formally notified the city that its investigators will be looking into hiring practices at the Austin Fire Department, acting on allegations that hiring procedures discriminate against minorities.

According to the letter, to City Attorney Karen Kennard, the DOJ has received "information indicating that the [AFD] may be engaged in a pattern or practice of discrimination against Hispanics and African Americans," in violation of Title VII of the Civil Rights Act of 1964.*

Title VII prohibits an employer from intentional discrimination as well as from using a "neutral employment practice that results in a disparate impact" on a person based on race, color, religion, sex, or national origin, "unless such practice is 'job related for the position in question and consistent with business necessity,'" and there is no other practice that would "result in less disparate impact and equally serve the employer's legitimate interests," reads the letter, penned by the chief of the DOJ's employment litigation section.

At issue is whether the department's procedures and testing for firefighter candidates is structured such that it discriminates against minority candidates. The department has long struggled with how to increase minority and female firefighters among its ranks without compromising standards. Indeed, at issue in part is how to weight the exam such that every portion counts, but so that no single portion overshadows the other – that is, for example, how much should the results of a cognitive exam count versus how much for oral interviews.

Despite years – really, decades – of dealing with this issue, the AFD is still overwhelmingly male (94%), and white (79%). Fifteen-percent of sworn personnel are Hispanic, while just 5% are African American, according to current department demographics.

In an April 23 memo, AFD Chief Rhoda Mae Kerr told department personnel that she views the investigation "not as a condemnation of our practices, but rather an opportunity," she wrote. "Our goal has always been, and remains, to have fair and impartial employment practices for all applicants and employees of the [AFD]."

*The previous version of this post incorrectly referred to the Voting Rights Act. We regret the error. 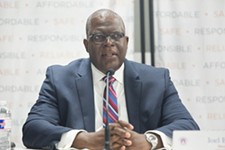