Attorney cites Local Government Code provision for power to do so 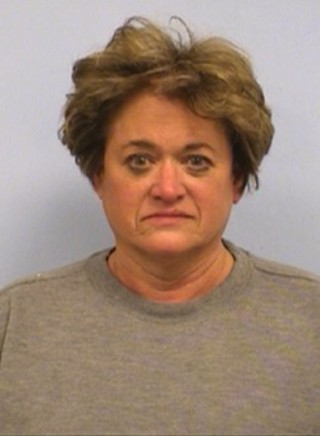 An Austin attorney yesterday filed suit in Travis County civil district court seeking to have District Attorney Rosemary Lehmberg removed from office in the wake of her arrest last weekend for drunken driving.

This post has been updated below to include information from a new, amended, court filing.

According to the lawsuit filed by local employment and labor attorney Kerry O'Brien, Lehmberg "violated the public trust, demeaned her office and created a substantial risk of injury to others" by driving drunk in Northwestern Travis County last weekend. The suit seeks to have Lehmberg temporarily removed, pending the outcome of the criminal case against her, and then, after being found guilty, seeks to have her removed from office for good, pursuant to provisions of the Local Government Code.

UPDATE: O'Brien has already amended his filing, to include additional information about Lehmberg's alleged behavior at the jail. According to the amended petition, Lehmberg was "highly combative, attempting to kick and spit at officers, screaming curse words as well as yelling 'Call Greg!', likely a reference to Sheriff Greg Hamilton." According to O'Brien, Lehmberg was then restrained in a chair with a "spit restraint" attached to her face. In an email to media, O'Brien wrote that the new information was obtained from a source inside the Travis County Sheriff's Office and confirmed by two witnesses.

Lehmberg was arrested April 12 after a motorist on FM 620 spotted her sedan driving erratically – moving in and out of a bike lane and then crossing over into oncoming traffic near the intersection with Comanche Trail. A Travis County Deputy caught up to Lehmberg where she had already pulled over in front of St. Luke's on the Lake Episcopal Church; Lehmberg told the deputy she'd had two vodka drinks and had taken prescription medication, according to an arrest affidavit. The deputy also found an open vodka bottle on the passenger side of the car.

Lehmberg was subjected to sobriety testing – including a walk-and-turn test and a horizontal gaze nystagmus test. Lehmberg did not follow directions well, the deputy reported, and by her actions he considered that she had "refused" the eye tracking test. According to the affidavit, Lehmberg was disoriented but "cooperative." She was booked into the Travis County Jail just after 2am.

On Sunday, Lehmberg penned a letter to County Attorney David Escamilla, whose office handles misdemeanor DWI cases, and to the county bench, saying she would plead guilty to DWI and would not "request … leniency or consideration of any type" in sentencing.

According to O'Brien's lawsuit, Lehmberg's intention to plead guilty demonstrates that she was indeed drinking to intoxication, a circumstance under which state law allows for her removal from office. While that portion of the code "could be abused by overzealous citizens for political purposes," he wrote, "that is not the case here." Indeed, O'Brien argues that as a career prosecutor Lehmberg is "well aware of the extreme danger of getting behind the wheel of a car intoxicated and driving at night on public roads," reads the lawsuit.

*This post was updated to include Lehmberg's response to our inquiry about the suit.