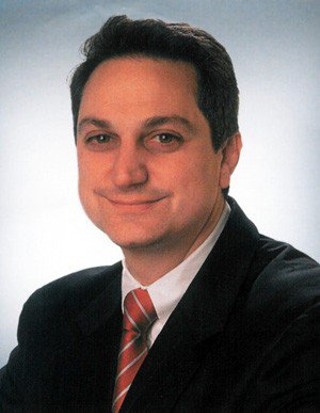 Only Steve Munisteri can protect you from the Democrats' dark powers (by texasgop.org)

Steve Munisteri tries to reverse a spell, Jeremi Suri wants to strike first, and Steve Stockman makes a modest proposal. Controversy is on the News Ticker.

• The headquarters of the Boston Marathon has been locked down after reportedly two explosions blasted near the race's finish line. Several sources are reporting multiple deaths.

• Bob Perry, the GOP bankroller responsible for the Swift Boat Vets, has died at eighty.

• Texas Republican Party Chairman Steve Munisteri must have read the Harry Potter series one too many times.

• Kill them all, let UT Professor Jeremi Suri sort them out.

• The Texas Commission on Environmental Quality attempts humor by calling climate change a "hotly debated" subject. A sitcom pilot, where the TCEQ plays the curmudgeonly dad of a free-spirtied daughter, is purportedly stalled in production.

• It's fair to say that the recent Nascar/NRA collaboration could have gone a little better.

• Rep. Steve Stockman's plan to defeat the Afghani insurgency might have some holes in it.

• Although it's doubtful that Anne Frank would have been a Belieber, plenty of other historical figures would have probably liked the Biebes' knees. Lynette Fromme might even have one of his posters up now.