RunTex Gets Run Out of Shop Paul Carrozza knew his RunTex store’s days were numbered at Riverside and South First, where luxury apartments are slated for development, but today’s court-ordered store lockout and property seizure likely wasn’t the way he intended his shop to go.

The court order, signed by District Court Judge Tim Sulak, directed Travis County constables to change the locks and take control of the inventory at the iconic running store, whose owner, Carrozza, is an active player in civic and athletic events. The judgement stems from a lawsuit brought by David Dunlap against Carrozza, according to Pct. 5 Chief Deputy Bobby Gutierrez. The Travis County Appraisal District lists Dunlap as the owner of the property RunTex leases at 422 W. Riverside Drive and 201 S. First Street.

“The actual judgment and court costs are less than $150,000,” Gutierrez said. “That’s what has to be satisfied.” If Carrozza fails to come up with the money to pay the judgement, Gutierrez said, the payment would have to come out of the store’s inventory, which would be sold at auction. The Statesman reported that a notice posted on the store’s front door claims that RunTex is about three months’ behind in rent.

Last year, Carrozza revived the beleaguered holiday Trail of Lights at Zilker Park and recently won a five-year contract from the city to continue producing the seasonal event.

In October, the City Council approved a zoning change that clears the way for Phoenix-based Alliance Residential to develop the Riverside/South First property for multifamily and commercial use. The development is just one in a series of upscale residential projects planned along Lady Bird Lake. 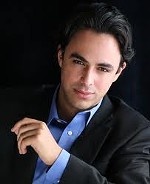 News Ticker: May 7
All the news that's fit to blog Wade in the Water
Yet another shirtless mayor sighting, on the shores of Town Lake.