Next Step for Gun Sense 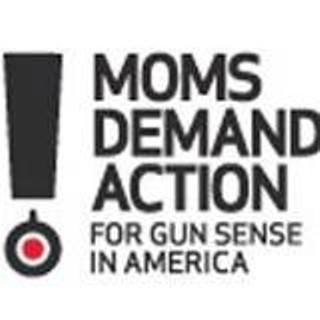 Never underestimate the Power of Moms. The Capitol Rally for Gun Sense is this Saturday, April 6, and Moms (and Dads, and all) will meet Tuesday afternoon to jump-start the preparations. All invited!

From the press release:

On Tuesday afternoon, April 2, 3:00-4:00 p.m., Austin families will gather at Terrazas Library near downtown to meet and prepare for the Texas Rally for Gun Sense, taking place this Saturday, April 6, on the South Steps of the Texas State Capitol Building in Austin.

Parents and their children will come together to make rally signs, socialize and talk strategy for the upcoming rally. Many of the participating parents are organizers of the April 6 grassroots event.

The organizations behind the Texas Rally for Gun Sense are Texas Gun Sense (formerly Students for Gun Free Schools in Texas), the Texas Chapters of Moms Demand Action for Gun Sense in America, and the Texas Chapters of the Brady Campaign to Prevent Gun Violence. These grassroots, all-volunteer groups support universal background checks, an assault weapons ban, limits on large-capacity magazines and making gun trafficking a federal crime. They oppose allowing civilians to carry guns in K-12 schools and on college campuses.

Organizers have planned the Texas Rally for Gun Sense as a peaceful and family friendly event, featuring live music and kids activities. Speakers at the rally will include political and community leaders, medical professionals, faith organization representatives, and survivors of gun violence from across Texas.

The Texas Rally for Gun Sense takes place on Saturday, April 6 from 1:00 - 2:00 p.m. on the South Steps of the Texas State Capitol Building.