'Satanic ritual abuse' is not real 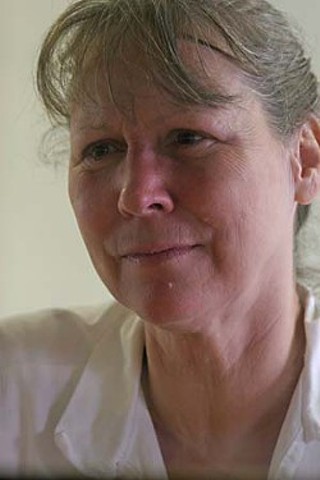 A roster of leading psychologists and related experts from around the world last week signed on to a pair of letters in support of an appeal filed on behalf of Frances Keller, who was convicted of sexual assault and who has spent the last two decades behind bars for a crime that almost certainly never happened.

In one letter, the experts – from University of Texas at El Paso and Baylor, to Johns Hopkins, Harvard, Cambridge, and beyond – explain that research conducted over the last 15 years demonstrates that in forensic interviews of children specific reinforcement techniques can "swiftly induce children to make false statements and false allegations against adults." Indeed, the recent research sheds new light on the interviews of three children conducted by parents and therapists in the Keller case, revealing interviews so infected by repeated reinforcement techniques as to cast grave doubt on the veracity of any allegations of abuse made against Keller, according to the letter penned by UTEP psychology professor James Wood and signed by 21 additional experts. "The continuing imprisonment of Fran and Danny Keller on the grounds that they were supposed Satanic conspirators who forced children to engage in evil sexualized rituals is an historical anomaly and obvious injustice," reads the Wood letter.

Keller was sentenced to 48 years in prison for allegedly sexually abusing a 3-year-old girl, Christy Chaviers, who'd been an infrequent drop-in at the home-based daycare center Keller and her husband Dan ran in 1991. (Dan was also convicted and sentenced to 48 years; the current appeal only concerns Fran Keller's conviction.) After a day in care at the Kellers in 1991, Christy told her mother, Suzanne Stratton, that Danny Keller had spanked her; that allegation quickly morphed into an allegation of sexual abuse. Before long, two other children, whose parents had become friendly with Stratton, had also made allegations of abuse against the Kellers. By the fall, the allegations had turned fantastical, and Christy's therapist, Donna David Campbell, concluded that Christy had been a victim of "ritual abuse."

Among the wild allegations made by the children, and embraced by adults – including by investigators with the Austin Police Department – were that the Kellers had engaged in murder and mutilation of babies and animals, that they'd taken the children on plane rides to Mexico, and that they taken the children to local cemeteries where satanic rituals were performed.

The Kellers were among hundreds of daycare workers across the country who in the Eighties and early Nineties were accused of being involved in "satanic cults" that abused children and used mind control to keep them from divulging the abuse. The most notorious case involved the McMartin Preschool in California, where daycare workers were charged with hundreds of counts of abuse in a criminal case that lasted more than a decade before the defendants were finally cleared of any wrongdoing.

In an appeal filed in January, Keller asserts that she is actually innocent of any crime. The writ of habeas corpus takes aim at the scant evidence of wrongdoing the state brought against the Kellers at their joint 1993 trial. Among that evidence is the notion that the children reported credible allegations of abuse during forensic interviews. According to Wood and the other experts, it was the adults interviewing Christy and two other children that actually provided the kids with details of alleged abuse – including that something bad had happened at daycare, that it involved Dan and Fran, and that a penis was involved. Interviewers offered Christy candy if she'd tell them details about what "happened" at daycare, and at times even restrained her when she seemed uninterested in participating in the interviews. "Sit here and answer my questions," she was told by one interviewer, Karen Knox, during a session at the Travis County Sheriff's Office. According to the letter, interviewers used reinforcement to "encourage children to make accusations against Fran and Danny Keller in 1991."

In the second letter, Chicago psychology professor Evan Harrington pens a scathing evaluation of the state's expert in the Keller prosecution, Randy Noblitt, a psychologist and self-described expert in ritual abuse. The letter, signed by 39 leading experts from across the country and around the world, presents the court with evidence not only that Noblitt was, and is, unqualified to serve as an expert at all, but also that "ritual abuse" is a topic unsupported by any empirical research. Indeed, at trial the state called Noblitt to describe how the children's allegations against the Kellers were believable and to avow that the allegations comported with "behaviors associated with so-called ritual abuse," reads the letter. "In summary, the world portrayed by Dr. Noblitt is one in which thousands of cult abusers have infiltrated respectable society, and specifically daycare centers, in order to operate a clandestine subculture engaged in massive levels of felonious criminality," reads the letter. To the contrary, Harrington writes, there is not now, nor was there in the early Nineties, any mainstream support for, or scientific evidence to demonstrate, that ritual abuse is a real phenomenon. "In conclusion, Dr. Noblitt stated in testimony at trial that there is little controversy about his descriptions of ritual abuse," reads the letter. "This statement was not factually true in 1992, and is less true today."