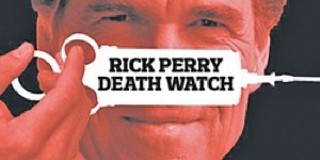 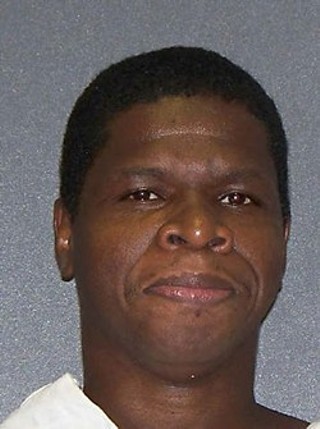 That's the message of a statement of support for death row inmate Buck released Wednesday and signed by 102 individuals – including 10 members of the Texas Legislature, civil rights and faith leaders, a former governor, a victim who survived being shot by Buck, and a former Harris County prosecutor who tried Buck for double murder in 1997.

At issue is whether racial bias infected Buck's sentencing hearing and contributed to his being sentenced to death. Buck was convicted and condemned to die for the murders of Debra Gardner, his former girlfriend, and Kenneth Butler; a third victim, Phyllis Taylor, survived. At his sentencing hearing, psychologist Walter Quijano, hired by the defense, testified that several "statistical factors" help to predict future dangerousness, including age, sex, and race. And as to race, Quijano offered that it was a "sad commentary that minorities, Hispanics and black people, are over represented in the criminal justice system."

Whether a person poses a future danger to others, either inside or outside prison, is among three questions jurors must consider before imposing a death sentence. In closing arguments Huffman urged jurors to consider Quijano's judgement as reliable. "What else do you know?" she asked jurors. "You heard from the defense's own experts that they called who prepared reports to aid you in the defense of this man," she continued. "You heard from Dr. Quijano, who had a lot of experience in the Texas Department of Corrections, who told you that there was a probability that the man would commit future acts of violence."*

Ultimately Buck, who is black, was sentenced to die.

Three years later, Texas' then-Attorney General John Cornyn identified six death cases where Quijano had provided race-based opinions and promised that those cases would be remedied. That happened in five of six cases and only Buck has not yet received a new sentencing hearing free from the biased testimony. Among the reasons given for the disparate treatment are that the other do-overs were ordered during federal court appeals. In three of the cases Quijano was called by the state, in the remaining three, including Buck's, he was called by the defense.*

To the more than 100 who signed on to the letter urging Harris County District Attorney Mike Anderson to afford Buck a new hearing – including former Gov. Mark White, Taylor, and former Houston prosecutor Linda Geffin who tried Buck's case – to continue to deny Buck a remedy is to violate due process. "The State of Texas cannot condone any form of racial discrimination in the courtroom," reads the letter. "The use of race in sentencing poisons the legal process and breeds cynicism in the judiciary."

Indeed, in a writ filed last week, Buck's lawyers with the NAACP Legal Defense Fund and Texas Defender Service argue that the racism in the system extends beyond the Buck case. "The racism that corrupted Mr. Buck's capital prosecution and death sentence is a deplorable byproduct of the pervasive racial discrimination in the political, educational, and legal landscape of Harris County, Texas," reads the writ.

According to report prepared by University of Maryland criminologist Raymond Paternoster and filed last week along with the writ, race appears to influence which capital murder cases are actually tried as death penalty cases. Paternoster examined 129 Harris County death cases between 1992 and 1999 and extracted cases most like Buck's; of that subset, Paternoster found that prosecutors were greater than three times more likely to seek death for black defendants than for white defendants. At sentencing, jurors only had mild impact on correcting that disparity, condemning black defendants to death two times more often than they did whites, according to the report.

The issue of racial bias in capital punishment is nothing new, and Texas lawmakers are taking steps to try to ferret out its undue influence. Senate Bill 1270 by Dallas Democratic Sen. Royce West would create a means for condemned inmates to challenge their convictions as based on racial discrimination – a bill drafted to mimic North Carolina's Racial Justice Act. As of December 2012, four death row inmates there have had their sentences converted to life in prison as a result of the Act. The measure as proposed by West would task the defendant with the burden of proving "by a preponderance of the evidence that race was a significant factor in the decision to seek or impose the sentence of death," according to the bill. West's bill has not yet been heard in committee, but Dallas District Attorney Craig Watkins has said he would support such a measure – getting the prosecutor lobby on board is less likely.

And House Bill 166 by Rep. Ruth Jones McClendon, D-San Antonio, would create an innocence commission tasked with parsing the causes of wrongful convictions, by reviewing and reporting on each exoneration in Texas. That bill passed out of committee March 12 and now moves to the House floor for consideration.

For now, however, Buck remains in search of a new sentencing hearing, free from racially-tainted testimony. The case will ultimately move to the Court of Criminal Appeals for further vetting.

*In the original post we wrote that Buck's was the only case wherein Quijano was called by the defense. In fact, in three of the six cases he was called by defense attorneys. We regret the error. Moreover, the post has been updated to include the sentencing hearing testimony in question.