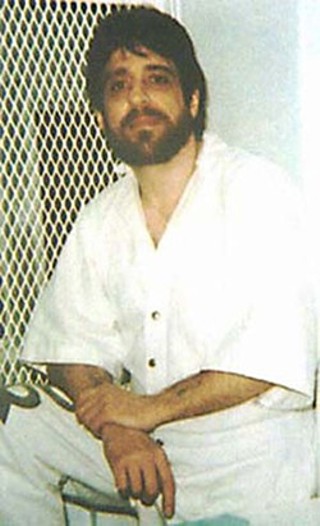 Hank Skinner was sent to death row in 1995; DNA testing of evidence in his case didn't begin until 2012

In death penalty cases, it can take years after a conviction to secure DNA testing.

In each case the belated testing of evidence from crimes that happened years before has undermined the certainty of the conviction and the finality of sentence, say Sens. Rodney Ellis, D-Houston, and Robert Duncan, R-Lubbock, who joined with Attorney General Greg Abbott to urge support for Senate Bill 1292 which would require pretrial testing for DNA of relevant biological evidence in all death penalty cases. "This seems like a modest proposal," Ellis said, "but it's a very important reform, a vitally important reform, and I think it will make a significant step toward a more fair, reliable, and just criminal justice system in Texas."

Ellis and Duncan teamed up in 2001 to pass the state's first post-conviction DNA testing bill, which has through subsequent revisions become one of the strongest evidence retention and testing laws in the country. Now the pair, with Abbott, say it's time to ensure that, at least in death cases, the important work of vetting all evidence relevant to a crime should be done before the case moves forward. (Ellis expressed support for expanding the law beyond death cases, for other murder cases, but joked that Abbott had reined him in for now.) The state has "made a lot of progress," Ellis noted, but there are still improvements needed to ensure that the state sends the right person to the death chamber. Of the 303 DNA exonerations nationwide, 18 have been of death row inmates, he noted. "We've already dodged this bullet a couple of times," he said.

Abbott said he doesn't believe the state has executed an innocent person (Ellis said he can't say for sure), and that this measure would help to ensure that remains the case. "The death penalty is right for Texas," Abbott said. "It works when it punishes murderers, but it doesn't work if it executes innocent people. To be certain that only guilty murderers are executed, all evidence that can be tested for DNA should be tested for DNA – before the case goes to trial."

Ellis said several parts of the bill are still be worked on – including how to ensure that probative evidence is actually tested and that police are collecting – and retaining – all likely probative evidence. For now, the bill provides that testing of the evidence would be done by Department of Public Safety labs, but that too may change, he noted. The state would cover the cost of testing, Abbott said.

"We may disagree about the death penalty," Abbott said. "But one thing all Texans can and should agree on is that no innocent person should be executed in Texas."