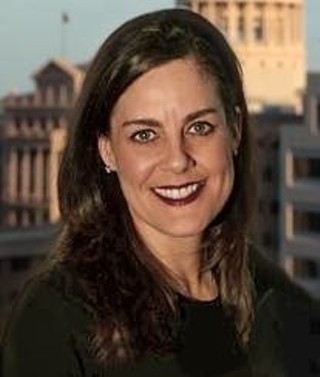 According to Texas Right to Life Director Elizabeth Graham, Austin Democratic Rep. Donna Howard is a witch. So is Houston GOP Rep. Sarah Davis. And, apparently, so too is Rep. John Zerwas, R-Richmond, and Rep. Dawnna Dukes, D-Austin.

Or at least that's what you would get from an email blast Graham sent out yesterday, lambasting a House Appropriations Committee "coven" for suggesting that money be added back into the state's traditional budget for family planning services.

Indeed, by reading Graham's email – delivered with the subject line "Dirty Tricks" – you would come to the conclusion that she was at a completely different committee meeting than the one held Tuesday morning in the finance meeting room. "Abortion advocates thought we were sleeping this morning at 7:30 when they tried to get their money back in the state budget," she wrote. "The coven on the House Appropriations Committee started playing games with the rules, regulations, and revenue streams to refill the coffers of abortion centers across Texas with your tax dollars."

What actually happened was far less dramatic – though we suppose that parsing the reality of the meeting doesn't exactly generate the kind of donations Graham's emails regularly beseech her supporters to make. ("Please help me expose these fraudsters with an immediate contribution of $100, 4250, $500, $1500 or even $5,000 before it's too late," she wrote in Tuesday's missive. "The medical lobby is throwing their financial weight behinds [sic] these abortion zealots. With our tiny budget, we are simply up against unmatched resources.")

In fact, in addition to the $100 million in biennial funding that is proposed to be added into the Primary Care Services Program – a new stream of funding for women's health – Howard suggested also that $16 million in Medicaid funds over each year of the biennium be allocated to the traditional family planning program, from which nearly two-thirds of the budget was stripped last session.

The consequences of that slashing – championed in 2011 by Graham as a way to cut Planned Parenthood out of the program – have been stark and troubling to healthcare advocates. According to Howard, more than 150 clinics across the state lost funding and 53 closed their doors altogether – just 13 of those were Planned Parenthood clinics. Moreover, the roughly $18 million in funds per year that remained in the traditional family planning budget served just 75,160 women in 2012, according to the Department of State Health Services, meaning more than 127,000 who had been served in 2011 lost services. As a result of poor women losing access to healthcare, the Health and Human Services Commission has estimated that the state will have to pay for an additional 23,760 Medicaid births over the coming biennium, at a cost of up to $273 million. As it stands, roughly 56% of all Texas births are paid for by Medicaid; in 2009 alone that cost the state $2.9 billion.

Howard noted that her suggestion that money be put back into the family planning program was done in order to ensure that no additional clinics, or women, lose funding. The money, she said, would be earmarked for those providers currently providing care for Texas women – a suggestion that Reps. Zerwas and Davis both said they agreed with.

Of course that wasn't enough for Rep. Bryan Hughes, R-Mineola – who we're guessing is not a member of said "coven" – who wanted to rewrite the requirements for accessing those family planning funds to ensure that no "abortion affiliates" – read Planned Parenthood – would be able to receive any money. Notably, abortion is not provided as part of the family planning program, and federal tax dollars – including the Medicaid funds Howard is talking about – may not be used for abortion. Whether that language could be attached to federal dollars, however, is unclear; the state on Dec. 31, 2012, lost its Medicaid waiver to run the successful Women's Health Program precisely because it had created a scheme that made all Planned Parenthood clinics "affiliates" of abortion-providing clinics, even though the clinics participating in the WHP did not provide abortion. Pregnant women were not eligible for the WHP, nor did the WHP provide abortion services. The redefinition banned Planned Parenthood from participation in the WHP and prompted the feds to withdraw its 90% monetary support for the program because federal law generally requires that all Medicaid-qualified providers be eligible for government funding in such programs.

Austin Rep. Dukes pointed out that the providers cut from the funding as a result of the 2011 cuts were not abortion providers, but were trusted community partners – including county health departments and other comprehensive health clinics, like Austin's People's Community Clinic – not abortion providers. "It's more important to have healthy outcomes, to have prevention, and to avoid Medicaid births than it is to focus on a principle that is not even in the [budget] strategy," she said. (Indeed, Dukes expressed extreme frustration, saying that moving funds around and limiting access to those funds makes it look as though lawmakers are addressing the lack of women's health care funding and access without actually accomplishing much. She didn't want to be "selling wolf cookies," leading anyone to believe that the state is actually "making gains" when it comes to providing low-income women with access to care, she said.)

A motion to add the $16 million per year back into the budget was initially left on the table pending a determination by the Legislative Budget Board as to whether Hughes' proposed affiliate-ban language can be tied to the funds proposed for family planning. But in an afternoon session, Hughes ultimately withdrew his objection after DSHS Commissioner David Lakey "certified" for Hughes that none of the providers currently providing family planning care are abortion providers or affiliates of abortion providers. With that assurance, he said he felt comfortable moving forward with Howard's amendment, which ultimately passed. "It keeps us from sliding backward," Howard noted, but doesn't do anything to expand services for women – or to undo what has been done in the past. "Because it's going to take a long time to [repair] the safety net."