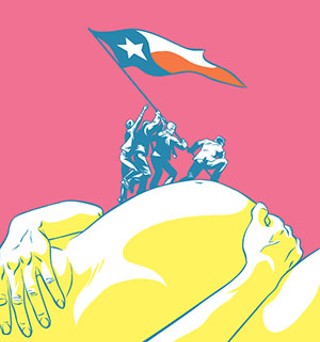 Last week, in a move that has encouraged women’s health advocates, Sen. Jane Nelson, R-Flower Mound, expressed “strong support” for adding an additional $100 million over the biennium into the base budget to provide women’s health services – including access to birth control for low-income women.

“It’s time for us to unite behind solutions we can all agree are in the best interest of keeping Texas women healthy,” Nelson, ranking Senate Republican and chair of the Health and Human Services Committee, said in a statement supporting the early Senate budget discussions on health care funding.

The $100 million – if it survives the full budgeting process – would augment a $114 million proposed biennial budget to cover the Texas Women's Health Program (at roughly $35.6 million per year) and the traditional family planning program (at roughly $21.6 million per year). The proposed boost in funding would not go to either of those programs, however, and would instead be included in the Department of State Health Services Primary Care Services Program, which provides comprehensive primary care to women and men.*

Whether the more than 127,000 women who lost access to family planning care in 2012 – because of the devastating 2011 budget cuts – would have services restored under the $100 million proposed budget increase remains unclear. According to DSHS, the current primary care program incorporates family planning as just a part of comprehensive coverage, and would likely need to be tweaked to ensure that money covers women’s health care. Moreover, the eligibility requirements for the primary care program are different than those associated with traditional family planning coverage, making it difficult to know whether this would help either to restore or to increase access to services.

According to the Guttmacher Institute, there are more than 1 million women in Texas in need of family planning services. Since 2005, roughly $100 million in biennial funding for family planning had been serving an average of 244,000 women per year; in 2011, however, lawmakers intent on cutting Planned Parenthood out of the program sliced two-thirds of the family planning budget, leaving just around $36 million for the two-year budget cycle. The drastic cuts lead to dozens of clinic closures – but only roughly a dozen PP locations shuttered operations – and dropped more than 127,000 clients from services.

Indeed, not only is it unclear that the proposed infusion of cash would help to repair the damage done by the previous cuts, but it is also unclear whether the base budget of $114 million is actually accurate. Indeed, according to DSHS, roughly $37.4 million of the estimated $43.2 biennial budget for family planning is presumed to come from federal Title X funds, the only pot of money dedicated for family planning coverage. In many states that money is actually granted to nonprofit organizations that then administer the grant money to providers; for the last several years Texas’ DSHS has been the main grantor of those funds. This year, however, multiple applications – notably from the Women’s Health and Family Planning Association of Texas – have been made to wrest that funding away from the state. WHFPT CEO Fran Hagerty says her group can ensure the funding goes to providers who can serve the most women for the least amount of money, and without having to worry about which way political winds are blowing under the Capitol Dome.

Nonetheless, Hagerty says she is pleased to see that Nelson is standing up for women’s health. “She’s been one that never wanted to touch this” subject and the controversies that come with it, she said. She’s now apparently decided “it’s time to get on board, and that’s a fantastic thing.”

*This version has been changed from the original to clarify how each pot of money would be used.