Bond target creeps up to $892 million 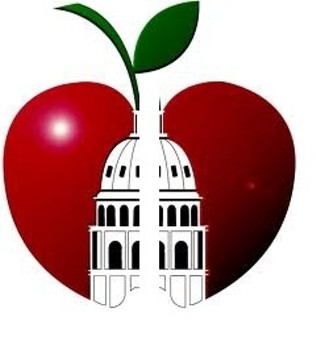 Never say that the Austin ISD Board of Trustees live a boring life: Tonight's meeting will include approving a $892 million bond election, planning for Eastside Memorial High School, and a new fight over historic property tax breaks.

The board held a special meeting on Saturday, March. 22, to help tie up a few more loose ends. Top of the agenda was the massive bond package proposed When the board walked in to the meeting, it was $883 million: By the time they left, it was closer to $900 million. As is traditional, trustees added a few elements on at the last minute: Another $5 million on to the current $80 million ask for technology: $2.5 million to replace the dance studio floor at McCallum High; $1.6 million to pay for the seats for the theater for the Ann Richard School for Young Women Leaders proposed in the main bond.

If the board approves the bond proposals tonight, they'll still have a big sales job, just to hit the May election date. Board President Vince Torres said, "If the meeting finishes at midnight, then the sales job starts at 12.01." However, he suspects there will still be some debate tonight: Not about the totals, but about how the bond props are split up. Currently, the cash total is divided across four proposals, and Torres predicted that tonight's biggest debate will be about potentially re-splitting that into five or even six props.

Theoretically, all the heavy lifting has already been done by the Citizens Bonds Advisory Commission, and the board merely needs to sign off on the order calling a bond election. However, there is still time for a few cases of cold feet. That $892 million could be a worrying sell: Trustee Robert Schneider has already warned that the board is leaving itself too little time to really make the case to voters. He has always advocated for a tax rollback election, to pay for operational costs, before the district should ask for more infrastructure cash. But then again, the board is loathe to ask for a tax hike until the legislature has worked out how it's going to fix the school finance system (don't hold your breath) and there are years' worth of deferred maintenance, and massive equity issues between the best- and the worst-equipped campuses.

Meanwhile, the Austin Chamber of Commerce (still smarting from seeing its candidates take a drubbing in the 2012 board elections) has submitted its list of demands before it will back the bond. That includes how many empty seats they want to see, headlined by a trustee commitment to amend the district's current strategic plan to include a minimum 95% utilization, and a new strategic plan (to be adopted by Sept. 1, 2016, with no facility at less than 65% enrollment, and no more than 10 at less than 75%). Oh, and that extra $5 million stuck on the $80 million for tech? Surprise, surprise, that was on the chamber's wish list.

Let's add another financial coda on to that. Back in 2011, the board revised its historic property tax exemption, amid concerns that the system was being gamed harder than a Pokedex. Torres was especially concerned that the district was getting no measurable benefit from the exemption, and wanted something in return, some proof of educational or cultural merit, or at least an indication that the historic component of the structure was being maintained. Now that thorny mess is back for another plucking.

And, as if the board didn't have enough to do tonight, then there's Eastside. Tonight, they will be establishing a timeline to try to get the Texas Education Agency off the campus' back. Commissioner of Education Michael Williams has decided that the district is out of compliance with its reconstitution plan because it kicked IDEA Public Schools out. However, theoretically, to get back into compliance it must simply find a new external partner. There's been some talk that Austin Voices for Education and Youth, the locally-based education advocates, could be a possible contender.

The board is playing this very cautiously, and trying to come up with a core plan as fast as possible that they can test to destruction. Three trustees (Ann Teich, Jayme Mathias, and at-large member Gina Hinojosa aka the three new members most critical of the old direction of the board) have volunteered to form a sub-committee that will find an external partner and finesses the presentation to Williams. They don't have much time: The commissioner expects a proposal in May, and a has made it clear that he will close Eastside if he doesn't

The question is, will Williams listen? After all, Republican commissioners of education don't exactly have a stellar reputation when it comes from refraining on beating up on East Austin campuses (anyone remember when the lege passed legislation intended to save Pearce Middle School, and former Commissioner Robert Scott threw it back in their faces?). Eastside has had its problems, that's for sure, but a lot of them have come from the constant churn of reform, intervention, and removal of staff. Last time anyone knew, Eastside was Academically Acceptable, and has since been redesigned to emphasize the bits that work best (moreover, since the TEA is midway through suspending campus accountability ratings for two years, there are no real stats to work from). Students have hand-delivered a letter to Williams, asking him to give their campus more time to come up with a plan that will really benefit everyone. Moreover, in a recent pledge to improve its graduation rates, students committed to beating the national average. Across the US, the average graduation rate is only 75%. They want to exceed 78%.

{UPDATE: Just off the phone with Education Austin President Ken Zarifis, and he said that the fact that Eastside is Academically Acceptable should be "the sticking point." He wondered why the district has not been making this point louder. In fact, many wonder why Superintendent Meria Carstarphen, who was one step short of a rabble-rouser for IDEA, seems to slow to put district resources into making the public case for how much progress Eastside has made.

The meeting will be at the Carruth Administration Center Board Auditorium, 1111 W. Sixth, at 7pm, Feb. 25. If you can't make it, you can watch the entire fireworks display at www.austinisd.org/board-webcasts.