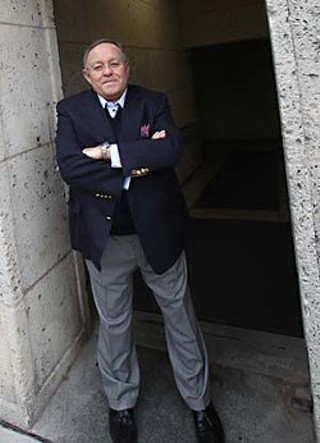 It's been months in the coming, but when Judge John Dietz finally released his ruling yesterday on the Texas public school finance system, it was no surprise to anyone: The current system of "Robin Hood" recapture is unconstitutional on multiple levels, create a de facto statewide property tax, and is underfunded by the legislature.

In a short press release, Texas Equity Center summed up his ruling plainly.

This is tremendous win for Texas Taxpayer & Student Fairness Coalition, who represents 443 school districts and over 1.3 million school children statewide, who won on all major contingents of their case."

Dietz got similar plaudits from the man most qualified to do so: Center for Public Policy Priorities Executive Director F. Scott McCowan who, in his previous career as a judge, ruled in a previous case against an earlier Texas school finance system, Edgewood v Kirby.

The district court’s strong ruling confirms what we already know. We aren’t investing enough in education. We aren’t dividing what we do spend fairly between school districts. And the state is forcing local property taxes up because it won’t pay its share of the cost of education.

"The Legislature should act now rather than wait for the Supreme Court to affirm the district court. Kids are suffering from insufficient resources unfairly divided. There is no good reason to delay fixing the problem."

"It is inadequate, providing insufficient funding to school districts to meet state achievement targets. It is inequitable, failing to distribute school aid in a manner that gives all students a fair chance to succeed regardless of local property wealth. And it leaves rich and poor districts alike with no meaningful discretion over their local tax rates as they struggle to raise the funds to try to meet state mandates.

"Today’s ruling should spur the legislature to do what it ought to be doing anyway – using the state’s resurgent revenue to restore school funding that was cut severely last session, and reforming the school-finance system to satisfy constitutional requirements. The inevitable appeal that the state’s lawyers will pursue in this case must not become an excuse for legislative inertia. The state needs to invest more in public education immediately, because the kids can’t wait.

Former Eanes ISD Trustee and now House Appropriations Committee Member Rep. Donna Howard, D-Austin, wrote that "our children's future should not be placed on hold while the legislature awaits instructions from the courts." She echoed Bridges' belief that the legislature needs to act now.

"As we await the inevitable appeal to the Texas Supreme Court, lawmakers should act now to begin addressing some of Justice Dietz's concerns. We can reinstitute programs that are known to improve student outcomes, such as full day Pre-K and the Student Success Initiative, and restore funding levels to amounts that were in place before last session's cuts."

"Today's decision also reflects the need to fund our public schools more adequately and fairly. To remedy the situation immediately, legislators should restore the $5 billion cuts from public education in 2011.

"I voted against the appropriations bill last session, largely because it didn't reflect our best effort. This year's budget should be better for education and for health and human services."

And even though (much to the chagrin of Democrats) Sen. Wendy Davis, D-Fort Worth, has been exiled from the Senate Public Ed committee, she still threw some punches. She goes further than either Zaffirini or Howard, saying the Legislature has no choice but to act now.

"Today's decision by Judge John Dietz should serve as a wakeup call to Gov. Perry and our legislative leaders. His ruling that our schools are not adequately funded is an indictment of the current leadership's failure to safeguard our children's education and Texas' economic future. Judge Dietz's decision echoes concerns that I have heard from parents and teachers in my district and across the state. As a result of his ruling I believe the Legislature now has a constitutional obligation this session to restore the cuts it made to our schools."

Meanwhile, the right was desperately trying to make lemonade out of lemons, and none more so than Bill Hammond, chair of the Texas Association of Business and the self-appointed voice of the business community when it comes to public schools. In a startling fit of chutpzah, Hammond said that he was "pleased Judge Dietz agrees with me that our schools are not producing enough career and college ready students." However, he quickly switched tack: For him, and the rest of the right, it seems that Dietz wasn't telling them that the school system was underfunded (which he pretty clearly did). Instead, what they heard was an argument for more efficiency, which actually means competition, which really means charters and vouchers.

Judge Dietz, although he didn’t rule specifically on our efficiency argument, apparently agrees that efficiency is an issue while ruling the entire system unconstitutional. I am pleased that Judge Dietz feels that the efficiency argument is something that the legislature should consider, and we will be there to ensure that lawmakers do consider that argument if and when a new school finance system is considered in the future.”

So what now? Appeals, a near-inevitable special session next year (post-primary, natch) and an overwhelming feeling of dread that we've been here before, and lawmakers have promised a real fix before.