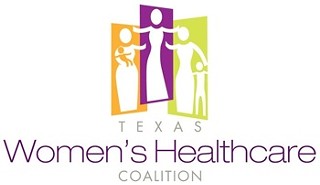 As the Legislative session gets under way, serious questions persist about the future of women's health care funding – and there's a new player in town ready with an answer to cure the state's family-planning woes.

Even before lawmakers in 2011 drastically reduced Texas' family planning budget – stripping away two-thirds of the roughly $100 million biennial budget traditionally earmarked for basic health care for low-income and uninsured women – those funds were only serving a fraction of women in need of services. Full funding for women's health care, to cover all women in need of services, is a goal of the new Coalition. Keeping families planned and healthy would actually save the state "lots of money," says Realini, a veteran and well-respected family physician who, with her San Antonio-based Healthy Futures of Texas nonprofit dedicated to reducing unplanned and teen pregnancy, is among the founding members of the Coalition.

The TWHC is made up of heavy-hitters from across the state – including the Texas Medical Association, the Texas Academy of Family Physicians, the Methodist Healthcare Ministries, Texas Association of Community Health Centers, and Center for Public Policy Priorities – who came together in response to the destruction of the family planning budget and the threat of lost federal funding for the Women's Health Program.

The number of women served by the state's family planning program last year declined 63% as a result of the budget cuts – from 202,968 clients served in 2011 to just 75,160 served in 2012 – and the cuts have forced 60 providers across the state to shutter their operations. While the state did lose 90% federal funding for the WHP by refusing to allow Planned Parenthood's participation, it has launched a re-branded, state-funded Texas WHP – though whether that program is capable of handling the more than 103,000 women who in 2012 received care (let alone the more than 200,000 who were enrolled and eligible for care) under the federally-funded program remains to be seen.

When the family planning program was fully funded it was still serving only roughly one-third of 1 million women ages 20-44 who are in need of services, and one in three Texas women of childbearing age has no health insurance, Realini notes, more than any other state. To ensure that each of those women has access to basic care would cost roughly $218 million per year, Realini says, based on an average of $205 per woman, per year cost under a fully-funded family planning program. "That's really what the need is."

Focusing money on preventive and "preconception" care ensures healthy and wanted families and saves the state millions, says Realini. Indeed, the Health and Human Services Commission estimates spending as much as $273 million over the 2014-15 biennium to pay for just under 24,000 unplanned Medicaid births that are a direct result of the 2011 cuts to the family planning program. "It's clear that family planning is cost effective," Realini says, and that's "only looking at Medicaid" expenditures. Add to that "all the other costs for high-risk children and families," she says, "not being able to rise out of poverty or to get [the] education" needed to do so, and the amount of money spent grows exponentially.

It is with these challenges in mind that the Coalition members will seek to focus lawmakers' attention not on "things that will divide people" – like advocating for Planned Parenthood, or for reproductive choice – but on "building up the positive, common ground, that prevention is the first step. That to focus on that helps women, families, and the state," says Realini.

Indeed, behind the drastic cuts to the family planning program and the dissolving of the Medicaid-waiver WHP was a drive by some lawmakers to defund Planned Parenthood, which they consider little more than an abortion provider. But in trying to cripple Planned Parenthood, lawmakers have actually injured more than 167,000 women who have lost access to healthcare because of the cuts. It's those women, and the hundreds of thousands of more just like them across the state who are in need but are going without health care, that the TWHC would like to see as the focus of Texas' women's health programs.

The group aims to improve access to preventative health care for Texas women by advocating not only for full restoration of funding for the family-planning budget and for an "ample" funding and provider base for the TWHP, but also for education on birth control and pregnancy planning, and for broad access to contraceptive care across the state. Ultimately, says Realini, the TWHC wants to see the state's preventative health care programs "as robust and as well-funded as possible."

A Pint for a Pint
Give blood, get Blue Bell ice cream.