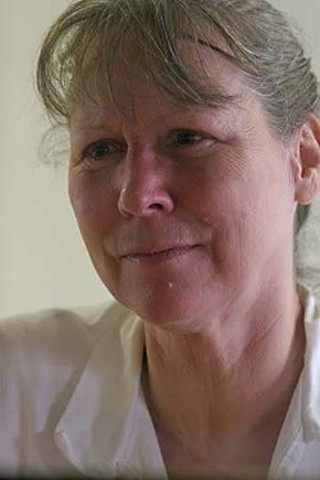 Frances Keller, photographed in prison in 2008 (Photo by Jana Birchum)

An appeal filed this morning in Travis County district court reopens an infamous chapter in Austin history and sets out to prove, once and for all, that former Oak Hill daycare operator Frances Keller was wrongfully convicted of sexual assault and has spent the last 20 years behind bars for a crime that never even happened.

Fran Keller was sentenced to 48 years in prison for allegedly sexually abusing a 3-year-old girl, Christy Chaviers, who'd been an infrequent drop-in at the home-based daycare center Keller and her husband Dan ran in 1991. (Dan was also convicted and sentenced to 48 years; the appeal filed this morning concerns only Fran Keller's conviction.) After a day at the Kellers in the summer of 1991, Christy told her mother, Suzanne Stratton, that Danny Keller had spanked her; that allegation quickly morphed into an allegation of sexual abuse. Before long, two other children who'd been in care at the Kellers, and whose parents had become friendly with Christy's mother, also claimed they were abused by the Kellers. By the fall, the allegations turned fantastical and Christy's therapist, Donna David Campbell, concluded that Christy had been a victim of "ritual abuse."

Indeed, the Kellers were among hundreds of daycare worker across the country who in the Eighties and early Nineties were accused of being part of “satanic cults” that abused children placed in daycare. The most notorious case was that involving McMartin Preschool in California where daycare workers were charged with hundreds of counts of abuse in a criminal case that lasted more than a decade; the McMartin defendants were finally cleared of any wrongdoing.

Although Christy ultimately testified in court that nothing bad ever happened to her at the Kellers, the state had several other pieces of evidence upon which to make its case: the testimony of a young emergency room doctor who examined Christy and opined that lacerations to her hymen appeared consistent with sexual abuse; testimony from Austin Police who said they'd used a helicopter armed with an infrared device to determine that graves in a small private cemetery had been disturbed – consistent with stories the children told about rituals the Kellers would perform there; and the opinion of Randy Noblitt, a Dallas psychologist with an alleged expertise in ritual abuse.

According to an 108-page writ filed today by veteran Austin defense attorney Keith Hampton, those key pieces of evidence have now been discredited. Keller's wrongful conviction was based on "medical observations now repudiated, a recanting witnesses' false confession, child fantasies, a quack 'expert' in imaginary satanic ritual abuse, false evidence from the police … the suppression of exculpatory evidence, and an investigation virtually certain to result in false allegations of abuse by children," reads the appeal memorandum. Indeed, the faulty medical evidence – based on science that has evolved since 1991, when the alleged crime took place – and evidence that Austin Police withheld, not only from the defense but also from prosecutors, key evidence related to the graveyard, are issues that were first raised by the Chronicle in a reinvestigation of the Keller case, "Believing the Children," published on March 27, 2009.

At three, Chaviers was already a disturbed young child who was under the care of psychologists for her erratic behavior before her mother ever took her to a day at the Kellers. On the way to a therapist appointment one afternoon, after a day at the Kellers, Christy told her mother that she did not like Dan and that he'd spanked her. Before long, and with the "help" of therapist Donna David Campbell, that accusation had morphed into one of sexual abuse. Indeed, within weeks two other children who the Kellers had cared for, Brendan Nash and V.J. Staelin, would make similar allegations. Ultimately, the stories told by the three children – with apparent prompting from parents and therapists alike – would turn fantastic.

The tales were recounted in a rambling but credulous police narrative by then-APD Detective Larry Oliver: The children were taken by plane to Mexico; the Kellers killed dogs and drugged babies; one of the children was put in a box and lowered into a hole in the ground; the kids were "'baptized' with 'blood in the [backyard blow-up] pool,'"; Dan urinated in the bathtub and Fran made Christy drink the water; the Kellers cut open a live baby and the kids held the heart, "and it went 'bump, bump' and then it stopped," Oliver wrote. In mid-October 1991, David Campbell concluded that Christy was likely a victim of "ritual abuse."

Although the children said they were filmed or photographed numerous times during these ritualistic and sexual assaults, the only physical evidence that prosecutors brought to court was a medical assessment performed by a then-young ER doctor, Michael Mouw. Stratton brought her daughter to Brackenridge one night after catching Christy crying in the bathroom; she said it hurt to go to the bathroom and that Dan had gotten "glue" stuck inside her. Under questioning in court, Mouw said that he tested for semen and found none, but that he did find "what appeared to be lacerations" on Christy's hymen. The injuries, he opined, could be consistent with sexual abuse.

Mouw told us in 2009 that he was wrong, and that he learned later that what he saw was likely not an injury. In an affidavit filed with Keller's writ, Mouw elaborates on why he believed then that Christy had been abused, and why he does not now believe that she was. "Years after the trial, I attended a medical seminar which included a slide presentation of hymens with normal variants," Mouw wrote. "One slide of a normal hymen was so similar to what I had observed when I examined Christy, I realized I had mistakenly identified normal discontinuity at those locations as lacerations. This was new information to me. While my testimony was based on my good-faith belief at that time, I now realize my conclusion is not scientifically or medically valid, and that I was mistaken."

Mouw's about-face, based on medical advancements, is key to Keller's appeal. The Court of Criminal Appeals has recently decided at least two cases that hinge on evolved medical opinions. In one, the court ruled that a mere change of heart by a medical professional was not enough to trigger appellate relief. But in the Cathy Lynn Henderson case, also from Travis County, the court has granted Henderson a new trial, based on the idea that "new" science demonstrated that the head injury suffered by a three-month-old left in her care could easily have been an accident.

Mouw's revelations are not the only potential game-changers in Keller’s appeal. Indeed, Hampton argues that Austin Police failed to reveal not only to Keller’s defense counsel, but also to prosecutors, that "evidence" they had that graves had been disturbed at a small private cemetery near the Kellers' home – where police took the children to see if they could "remember" anything that might have happened there – was false.

In court, police testified extensively about using an infrared-equipped helicopter to see below the surface of the small, private Oliver Cemetery, not far from the Kellers’ rented home in Oak Hill. "The prosecution presented extensive evidence regarding the cemetery" at trial, reads the writ. "Devotion by the police of so many of its investigative resources to Christy's cemetery-related" abuse claims, "lent her fantasies the imprimatur of official credence." But what police failed to tell the prosecutors, or Keller's defense attorneys, was that the cemetery caretaker, Frances Balta, told police in 1991 that there was no evidence that any graves in the cemetery had been disturbed at all and that there were perfectly natural reasons that several graves appeared disturbed – including erosion and/or the addition of new dirt to a sinking plot.

The failure to inform anyone about the perfectly innocent explanation for the "disturbed" grave sites amounts to a Brady violation (the duty of the state to turn over evidence favorable to the defense, per the 1963 U.S. Supreme Court case styled Brady v. Maryland), Hampton argues in the writ. Moreover, because police allowed the state to put on evidence that "acted at trial as official affirmation of the child fantasies" also amounts to the "use of false or misleading evidence to convict," a violation of Keller's due process rights.

Hampton also argues that the state's ritual abuse "expert," Noblitt, actually manipulated prosecutors in order to further his career, and more pointedly, to bolster his contention that satanic ritual abuse is not only real but also widespread. "The prosecution relied upon Dr. Noblitt to give expert credence to the theory that Fran Keller sexually abused children in her care," reads the writ. "The prosecutors likely were unaware they were working with no expert, but a witness better described as a man with a doctorate and fantastical theories of reality." Indeed, Hampton argues in the writ that after he testified in the Keller case, assuring the jury that Christy's allegations were likely true, Noblitt founded the "Society for the Investigation, Treatment and Prevention of Ritual and Cult Abuse," and has used his association with the Keller case as "proof of his own expertise," Hampton wrote, "lecturing widely about mind-control techniques and the existence of ritual cults." No court and "no jury should ever rely on the testimony of Dr. Noblitt," Hampton wrote. "No person should be sent to prison based in any way on his fringe, self-promoting, and imaginary expertise. The admission of his quack testimony was egregious error." By giving the impression that his opinions were based in science, Noblitt "supplied the aura of authority and professional experience to support the idea that Fran Keller was part of a satanic cult sexually abusing children in her care," he wrote, a violation of Keller's right to due process.

Ultimately, Hampton argues that the advancements in medical science, the Brady violation, and Noblitt's "quackery" only recently exposed, undermine whatever confidence one might have ever had in Keller's conviction. "When viewed in its totality and with clarity of mind, the evidence and circumstances involved in the prosecution of Fran Keller leads to the conclusion that she is innocent and became the unfortunate magnet for the hysteria of her time," reads the writ. "The wrongful imprisonment of Fran Keller is the result of forces which arise only in somewhat unique social and psychological circumstances. A 21st century court ought to be able to recognize a 20th century witch-hunt, and render justice accordingly." 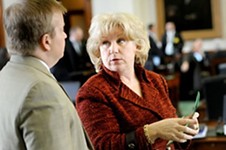 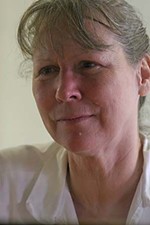