Bill of the Week: Protection, or Slut-Shaming?

Because what strippers really want is something else to wear 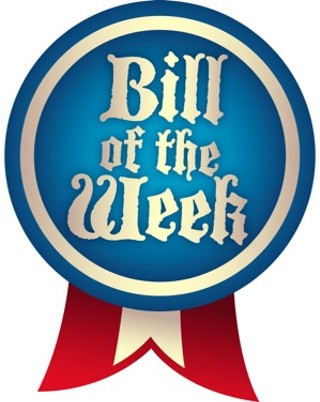 Rep. Bill Zedler, R-Arlington, is worried about your friendly neighborhood strippers. His House Bill 337 endeavors to protect those employees of "sexually oriented businesses" by requiring them to be licensed.

The license as proposed, which would have to be renewed every two years, would certify that the employee is at least 18 years old and has completed a training course in human trafficking awareness.

"An owner, operator, employee, or independent contractor licensed under this chapter must conspicuously display the person's license on his or her person when conducting business at the sexually oriented business at which the person is employed."

The Daily Beast reported that Zedler's suggestion was for the ladies to "wear it around the neck … or on their shoes … or attached to a head band."

A similar rule was passed in Houston in 1997; Zedler's bill at least wouldn't allow "any personally identifiable information about the individual" to be on the licenses, since that could only further endanger the people it's supposedly protecting.

This is only the latest in state regulation of strip clubs – the last round being the so-called "titty tax" that slapped a $5-a-head tax on strip clubs and went through several rounds of appeals.