The Austin Police Department mourns the death of Houston McCoy 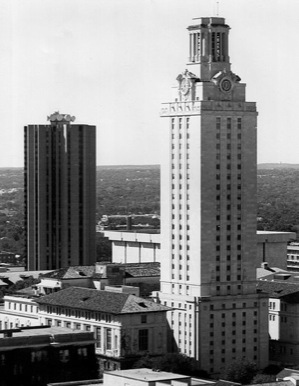 Retired Austin Police Officer Houston McCoy, who shot and killed sniper Charles Whitman during his 1966 rampage from the University of Texas tower's observation deck, died this week in his hometown of Menard, Texas.

Austin Police Chief Art Acevedo issued a press release Thursday night, saying, "It is with a heavy heart that I report the passing of former APD Officer Houston McCoy," and asking for prayers for the deceased and his family.

McCoy is remembered for being a kind and humble officer and man. In his words to the Austin American-Statesman in 2011:

"When momentous events occur in one’s life, you no longer know life without it; that is our journey. With or without August 1, 1966, I know I am loved by my family and respected by many friends, what else can a man ask for?"

Funeral arrangements have not yet been made.