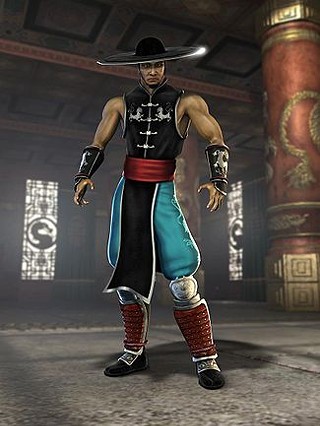 NRA blaming 'Mortal Combat' for Sandy Hook killings. What else did you expect?

Relax, everyone! The National Rifle Association has finally broken its silence over the Sandy Hook massacre, and announced that it was comic books Marilyn Manson Hollywood and the video game industry to blame.

In a press conference this morning Executive Vice President Wayne LaPierre told reporters, “There exists in this country, sadly, a callous, corrupt and corrupting shadow industry that sells and stows violence against its own people." If you think he was leading up to some mea culpa, think again. That heinous industry is vending menace "through vicious, violent video games with names like Bulletstorm, Grand Theft Auto, Mortal Kombat, and Splatterhouse. And here's one: it's called Kindergarten Killers. It's been online for 10 years. How come my research department could find it and all of yours either couldn't or didn't want anyone to know you had found it? "

Wait, what? The NRA, with its fearless commitment to unlimited ammo, going after a game called Bulletstorm? Really? Really? Notice also how he steered clear of the big-selling, heavily guncentric games like Call of Duty and Modern Warfare.

As for Kindergarten Killer, the reason LaPierre's researchers found it was probably because they were looking for it. No-one who is actually looking for a halfway playable game would touch this sub-par Flash drosswith a bargepole.

And why blame Mortal Kombat? Because, last time I looked, all that the MK franchise had lead to was some awesome cosplay.

And for those of you generously enough inclined to think that LaPierre was talking about, say, the 2010 reboot of Splatterhouse, or at least MK Vs DC, you may want to check out the films that he blames for the decline of Western civilization:

"I mean we have blood-soaked films out there, like American Psycho, Natural Born Killers. They’re aired like propaganda loops on Splatterdays and every single day."

Did someone hand him talking points from the wrong decade? Does anyone even talk about NBK any more? And American Psycho has been reduced to a source of endless gifs. Yes, there's nothing like being lectured on the evils of pop culture by someone whose source of info seems to be a 12 year old copy of Variety.

Seriously, next time the hard right wants Grandpa LaPierre venting on their behalf, get him a Netflix subscription or sign him up for GameFly. Something. Anything. 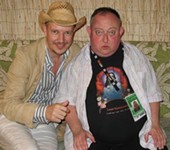