GOP Politics Only at State Water Board 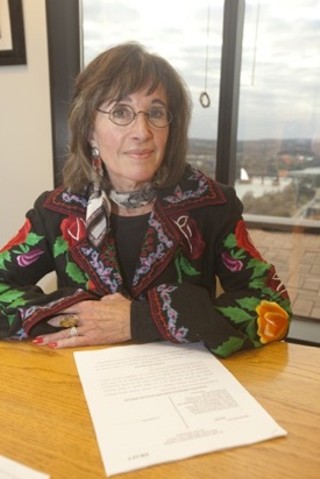 Diane Hyatt was stunned by the memo. She was being terminated from her job with the Texas Water Development Board after six years of employment, allegedly for violating the board’s “ethics policy” related to engaging in political activity while on state time.

As it would turn out, Hyatt was being terminated for having forwarded a couple of emails related to Brigid Shea’s campaign for Austin mayor, emails her supervisors apparently found in the agency’s computer system after Hyatt’s name and her affiliation with the TWDB were mentioned briefly in an article on mayoral campaign finances that ran in the Austin American-Statesman on May 9. In the article, Hyatt, who previously worked for the city of Austin doing contract work, was named as Shea’s sole campaign contribution bundler. “I know Brigid well and believe in the same things she does: sustainability, progress and planning with a vision,” Hyatt told Statesman reporter Sarah Coppola. A link to the story was emailed to TWDB Executive Administrator Melanie Callahan and to Deputy Executive Administrator Lisa Glenn on May 10. On May 11, Glenn wrote the memo terminating Hyatt. “I feel totally betrayed by those for whom I gave long hours & dedication,” Hyatt wrote in a statement for the Chronicle.

Indeed, in the wake of her termination, Hyatt and her lawyers have discovered that playing politics while on the job at the state’s water development agency is an apparent everyday occurrence – at least for Republican employees who received and/or forwarded dozens of emails – everything from newsletters, including the regular newsletter of U.S. Sen. John Cornyn, to disturbing and racist emails. One example of the latter makes a joke about the assassination of President Barack Obama and first lady Michelle Obama: “Best Little Johnny joke ever,” reads an email forwarded to at least one TWDB employee. In the body of the email is a joke about Obama attending a class at an elementary school where the teacher was discussing “words and their meanings.” The teacher asks if Obama would like to lead the discussion of the word “tragedy.” So, “our illustrious president asked the class for an example of ‘tragedy,’” reads the email. One kid suggests that a tragedy might be the death of a kid run over by a tractor on a farm; no, that would be an accident, the president responds. A second child suggests it would be a tragedy if a bus carrying 50 children drove over a cliff; no, that would be a great loss, the president replies. Finally “Little Johnny” raises his hand and says it would be a tragedy if the Obamas were killed as the result of a plane crash caused by “friendly fire.” That’s right, Obama says, and asks Johnny to explain why it would be a tragedy: “‘Well,’ says Johnny, ‘It has to be a tragedy, because it sure as hell wouldn’t be a great loss … and you can bet your ass it’s probably not an accident either,’” the email concludes.

In other emails, employees were asked to purchase a “Tea Party Survival Guide” or to support the Grassfire Nation and its bid to have English declared the official language of the United States. Another email suggested that if Obama were re-elected in November, “the U.S. is finished,” because he plans to turn the country socialist. “I would’ve never thought a mormon president would look so good!” TWDB employee Mark Michon wrote at the top of that email, one of many political emails he forwarded to friends from his work computer. Another email sent to at least one agency employee suggests that the state of Texas should take up arms to defend its border with Mexico; in another, Michon forwarded on a “Quote for Today”: “Give a man a fish and he eats for a day,” reads the email. “Give a man a welfare check, a forty ounce malt liquor, a crack pipe and some Air Jordan’s and he votes Democrat for a lifetime.”

To date, none of the employees who sent or received any of the emails promoting racist, Tea Party, or even more mainstream GOP causes has been terminated or even disciplined for behavior that clearly violates agency policy, notes Hyatt’s lawyer, Derek Howard.

In a lawsuit filed today, Howard argues that Hyatt was terminated in retaliation for her association with Shea, a progressive candidate, in violation of her free speech and due process rights. “This is not simply a Republican-Democrat thing,” Howard wrote in an email to the Chronicle. “I know plenty of folks who vote Republican who would be appalled by what’s happened here – who believe in the 1st Amendment freedoms of speech and association. This is about a special arrogant breed who got mad because Diane Hyatt was identified in the paper as being a fundraiser for Brigid Shea. So they fired her,” he continued. “Who’s to blame for creating this culture of arrogance at the TWDB?”

Howard said Hyatt had hoped the situation could be resolved without a lawsuit, but the agency did not express any interest. “They declined,” Howard wrote.

Merry Klonower, director of communications for the TWDB, said the agency had not yet received notice of the suit and that the agency has no comment on pending litigation.

Hyatt worked in environmental policy for the Department of the Interior during the Clinton Administration and for the Texas General Land Office, where she was director of the Natural Resource Damage Assessment Program, before hiring on with the TWDB in 2006. She consistently received strong performance evaluations by her agency supervisors, Howard notes, and was promoted to coordinator of the state revolving fund – which provides loans for water projects across the state – in 2008. Hyatt says the termination has caused her "deep personal pain" that has actually resulted in physical distress. "This violation of my civil rights shows that no matter how diligent one is at their job, the agency can arbitrarily remove us on a pretext," Hyatt wrote in a statement. "Hundreds of other employee emails were political, many of them [sent by] managers. I was singled out for being in the newspaper."

Readers may recognize Hyatt’s name from the 2005 controversy over her receiving contract work with the Austin Clean Water Program, for which her partner, Bill Moriarty, was director. The city ousted Moriarty even though he had no control over the contract assigned to Hyatt. Moriarty and Hyatt were ultimately cleared after investigators, including with the city auditor’s office, found no evidence of wrongdoing.