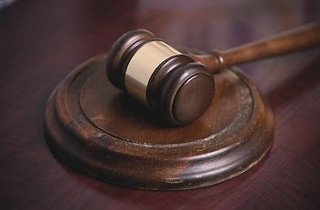 In an opinion delivered this morning, the Texas Court of Criminal Appeals says Cathy Lynn Henderson should be granted a new trial in the 1994 Travis County murder of three-month-old Brandon Baugh.

Henderson was convicted and sentenced to die for Baugh's murder. Henderson was babysitting Baugh at her Pflugerville-area home when the baby died. Instead of calling for help, Henderson took off with Baugh's body and buried him in a field in Bell County before fleeing to her native Missouri.

Her April 2007 execution was postponed by Judge Jon Wisser in order to give her defense a chance to prepare an appeal arguing that "new" science demonstrated that the head injury suffered by Baugh could easily have been an accident. Indeed, at an evidentiary hearing former Travis County Medical Examiner Roberto Bayardo testified that the science had changed and that although he had previously testified, at Henderson's trial, that Baugh's injury could not have been the result of an accident there was now no way to say with any medical certainty that was the case.

At the close of the hearing Wisser recommended that Henderson be granted a new trial.

Now the CCA has agreed, deferring to Wisser's determination that the new scientific evidence was exculpatory in nature. "Although we need not accept the trial court's conclusions concerning actual innocence, we accept the court's recommendation to grant relieve and remand for a new trial," the court wrote.

Indeed, the issue of actual innocence in this case has prompted the CCA judges to issue a series of concurring opinions explaining their reasoning in joining the per curium ruling. You can find those here.

Just three judges disagreed with the appeal court's finding. Presiding Judge Sharon Keller and Judge Michael Keasler joined in Judge Barbara Hervey's conclusion that just because science has changed and evolved – and thus, cast doubt on a conviction – that doesn't mean that there is any "ground on which relief should be granted." Find that opinion here.

The case now returns to Travis County District Attorney Rosemary Lehmberg, who must decide whether to retry Henderson – and more importantly, whether to again seek the death penalty.

UPDATE: In a statement, Lehmberg said she believes a jury should hear all of the evidence – which is the same position the D.A.'s office took before the CCA. "A material State's witness at Henderson's trial, the Medical Examiner [Bayardo], has changed his opinion about the cause of Brandon's death," Lehmberg wrote in an email. "I believe justice requires that a new jury hear the case, which was the position I took with the appellate court. We will try the case again. I will review all the evidence at the trial and at the subsequent hearings to determine whether the State will again seek the death penalty."