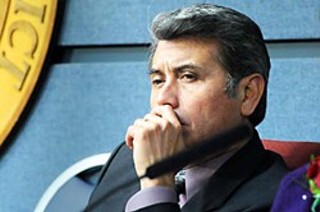 Two months ago, Austin ISD's board was split 6-3 on all major and controversial decisions. Now 5-4 could be the new normal, as the trustees unanimously elected vice-president Vince Torres as president and split over the other officers.

At the Jan. 19 board meeting, the board canvassed the results of the Nov. 6 election, welcoming four new members - District 2 Trustee Jayme Mathias, District 3 Trustee Ann Teich, District 5 Trustee Amber Elenz, and At-Large Place 8 Trustee Gina Hinojosa. There was also a thank you to the outgoing members (one that, when it came to the press release, seemed oddly written. Outgoing/ousted members Sam Guzman and Christine Brister were all given glowing endorsements, chronicling their every tiny achievement, while Mark Williams and Annette LoVoi – both of whom stood down – were merely described as having "consistently demonstrated his/her commitment dedication to all the students and families of AISD." Oh, did we mention that LoVoi was regularly critical of Superintendent Meria Carstarphen? No? Oh well.)

But the big news came in the selection of Hinojosa as vice-president and Mathias as board secretary. Two freshmen, both of whom ran on platforms critical of the district's status quo.

When it came to being president, Torres was the sole nominee, but it's little secret that he was not the only potential candidate. District 7 Trustee Robert Schneider had been rumored to be eying a run, while some education advocates had been feeling out the possibility of At-Large Place 9 Trustee Tamala Barksdale taking the lead. Torres was rumored to have nearly run against exiting president Williams two years ago, but backed away at the last minute, rather than spark a public fight.

There was less unanimity in the election for vice-president. Hinojosa was unopposed, but District 4 Trustee Cheryl Bradley abstained.

It got even uglier when Mathias challenged current secretary Lori Moya. The freshman slipped past on a 5-4 split vote, with Torres, Bradley, Moya and Elenz voting against him.

That could be even more significant than the vote for Torres. The secretary sets the agenda, and Moya has been criticized by fellow trustees and education advocates for scheduling discussions in a way that favored the administration: Schneider has publicly accused her of taking items that were supposed to be up for a full vote and putting them on consent. Even before Moya, the board faced criticism for overloading agendas and hiding big items at the end of the night. Mathias, who ran in no small part on a platform of a more open district, is expected to start demanding more data and more discussion on controversial policies.

Moreover, if that 5-4 line holds as a base line, that new alliance of Mathias, Hinojosa, Schneider, Barksdale, and Teich could start to crack open the doors at the Carruth Administration Center on West Sixth a little more.