No Injunction Against Central Health 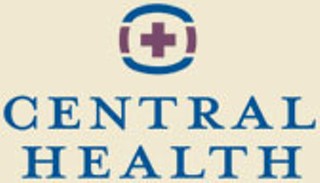 According to a statement just released by Central Health, "U.S. District Judge Lee Yeakel today denied the request for an injunction against canvassing of the ballots for Central Health Proposition 1. The judge found no reason to enjoin the canvassing based on plaintiffs' arguments that the ballot language was illegal."

Canvass of the ballot will proceed at noon Monday, Nov. 19. "We are pleased that Judge Yeakel decided in Central Health's favor on this issue," said Central Health President and CEO Patricia Young-Brown. "The ballot language presented to the voters of Travis County was understandable and allowed for further clarity on this important issue, which was our intention."

Prop. 1 was approved on Nov. 6 by Travis County voters by approximately 55%. The Travis County Taxpayers Union sued on the grounds that the ballot language was misleading and discriminated against minority voters, under the Voting Rights Act. Yeakel still must rule on the Central Health motion to dismiss the lawsuit.

For more on the opponents' arguments, see "Who's Opposing Prop. 1," NewsDesk, Nov. 4.