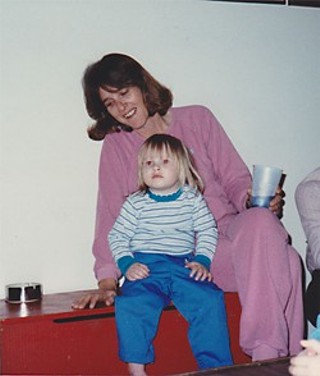 Debra Baker with her daughter Caitlin (Courtesy of Baker family)

Norwood is currently awaiting trial in Williamson County for the murder of Christine Morton, who in 1986 was found murdered in her home near Georgetown.

Michael Morton spent nearly a quarter-century behind bars convicted of murdering his wife Christine, until DNA testing performed last year – despite years of objections by outgoing Williamson County District Attorney John Bradley – found Norwood's DNA mingled with Christine's blood on a bandana found not far from the couple's home. Subsequent DNA testing matched Norwood's DNA to evidence from the Baker case. "It has been excrutiating for all of us who loved Debra to wait for this day," reads a statement from the Baker family. "Now, we finally have a face to put with her tragic murder. It is difficult for us to process the reality that Debra might still be with us if evidence in the Morton case had been handled in the manner required by law."

Indeed, the process of exoneration for Morton uncovered evidence that had been available to police and prosecutors back in 1986 that strongly suggested someone other than Morton was responsible for Christine's death. That information was not acted upon; then-D.A. Ken Anderson, now a sitting district judge, will face a rare court-of-inquiry proceeding next month, where he will face charges that he deliberately concealed exculpatory evidence from Morton's defense.

For the Baker family, the road to justice is only beginning. "We understand this process may take even longer but at least the end of the legal road is near," reads the family's statement. "We will each hold our own memories of Debra in our hearts as we participate in the difficult process of bringing her killer to justice."

Fran Keller Released From Prison
After more than 20 years, Keller is home for the holidays