Judge to DA: Woman Likely Not Guilty in Toddler's Death 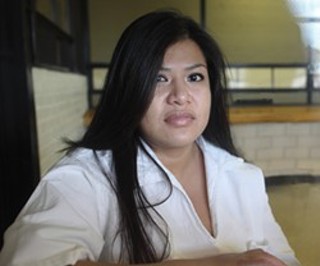 While the U.S. Supreme Court has yet to decide whether to accept the case of Rosa Jimenez, in prison for the choking death of a toddler in her care, the judge from her original trial now says he believes there is a "substantial likelihood" she is "not guilty of this offense."

In a letter written to Travis County District Attorney Rosemary Lehmberg, senior Judge Jon Wisser wrote in late August that he believes Jimenez received a fair trial, had competent representation, and that a "reasonable jury could and did convict her." But, he nonetheless believes it is unlikely she is guilty of choking toddler Bryan Gutierrez in 2003 and, he wrote, has "serious doubts about [the guilty] verdict."

Jimenez was convicted and sentenced to 99 years in prison for the death of Gutierrez, whom she was babysitting in January 2003 when prosecutors say she shoved a wad of five paper towels down his throat, choking him. He died in hospice three months later.

At her trial, local doctors who treated Gutierrez insisted that the choking had to be intentional, and the state hypothesized that Jimenez shoved the towels down Gutierrez's throat to keep him from fussing. But, during a December 2010 hearing, Gutierrez's lawyers brought to court several nationally-recognized medical experts who disagreed; Gutierrez's choking was more likely a tragic accident, they testified.

It was the first time that Jimenez had access to funding to hire enough experts to review the case and to counter the state's choking theory. Then-Judge Charlie Baird concluded that Jimenez's experts were credible and that based on a preponderance of evidence, had the jury heard from the experts it is unlikely they would have convicted Jimenez. The Court of Criminal Appeals disagreed. Defendants do not have the right to equal access to experts, and the evidence presented to Baird was not "clear and convincing" of innocence, which is what the CCA ruled would be needed to prove her innocence.

Whether that is the standard is now a question for the Supremes. The court has asked Travis County prosecutors to submit a brief on the issues before it decides whether to take the case.

In his letter to Lehmberg, Wisser wrote that the testimony of the experts produced during the 2010 evidentiary hearing have "increased my concerns that the death of the child was an accident and not a homicide. This new evidence undermines my confidence in the verdict" delivered by jurors at Jimenez's trial. Among his other concerns, Wisser wrote, were that Jimenez's defense was "out-lawyered" at trial and that there is an "inherent danger" of wrongful conviction that exists "in cases involving injury/death to children." Moreover, he wrote that there was no motive for Jimenez to kill Gutierrez, that Jimenez had no "prior history of similar activity," and that she exhibited no evidence of substance abuse. In sum, he wrote, "I am not at all convinced beyond a reasonable doubt, or even using a clear and convincing standard, that she is guilty." (And even if she was guilty, he wrote that he believes the sentences was "unduly harsh" for what would have been a "spur-of-the-moment act.")

Granting Jimenez a new trial, or agreeing to a plea of time-served, would "be in the best interest of justice," Wisser wrote.

In an email to the Chronicle, Lehmberg wrote that she has reviewed the letter, which was actually delivered to her by Jimenez's lawyers and not by Wisser. The Jimenez case does not involve any "new science," or an expert witness that has "recanted or changed his mind" – each of which could trigger a new trial. "A jury heard the evidence and found the defendant guilty beyond a reasonable doubt," she wrote. "That same jury assessed the sentence. The conviction has been upheld by the appeals courts."

But Lehmberg wrote also that she was "dismayed that a judge who presided over the trial, denied motions for new trial, and filed an affidavit that the defendant received a fair trial with effective assistance of counsel, now suggests he thinks the defendant is not guilty and that he believed that at the time of the trial." She has "great respect" for Wisser, she wrote, but "in this instance I respectfully disagree with him."

Wisser said Tuesday that he provided the letter to Jimenez's lawyers at their request, after having a long conversation with lawyer Susan Henricks, who he has known for a long time. Wisser said that just because Jimenez's lawyer met the standard for "competent" counsel doesn't mean that the lawyer wasn't out-gunned or that Jimenez is guilty. In other words, legally, there was not much he could do to stop what happened. "The legal standard for competency is not all that high," he says. Moreover, defendants who were legally-speaking given a "fair trial" can still find themselves "sent to prison when they're not guilty," he said. In the end, he said, had Jimenez opted for a bench trial instead of a jury trial, he would not have convicted her. "I had a different opinion" of her guilt than did the jury, he said. "If it was up to me, I'd give her another trial."