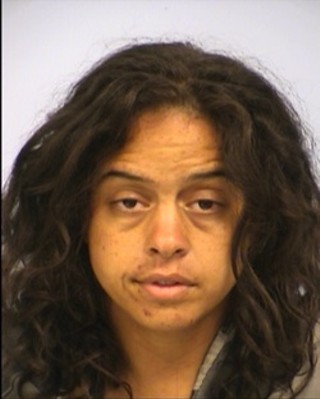 Police have arrested and charged 22-year-old Preston Joe Sharpnack with manslaughter in connection with the death of 35-year-old Matthew Casey, who on Sept. 10 became Austin's 23rd homicide of 2012.

Police say Sharpnack was involved in an altercation with Casey on near East Sixth and Neches Streets on Monday Sept. 3, that ended with Casey falling to the ground and striking his head on the pavement. A week later Casey died as a result of those injuries.

Police quickly identified two suspects – a young man and young woman – seen in video walking near where Casey was found.

Police have now identified both suspects, and have arrested one. Sharpnack has been charged with manslaughter, a second-degree felony punishable by up to 20 years in prison. They're still on the hunt for the woman seen with Sharpnack, who has been identified as 34-year-old Renee Allison Jones. Police say Jones is homeless and frequents the bridge on Barton Springs Rd. near Robert E. Lee Rd., the Taco Bell near Barton Springs Rd. and Lamar Blvd., and the downtown area. Anyone with information about Jones should call the homicide tip line at 512/477-3588

For more on the story see, "Austin Police: Who Killed Matthew Casey?"