University of Texas' main campus was evacuated this morning

By Monica Riese and Richard Whittaker, 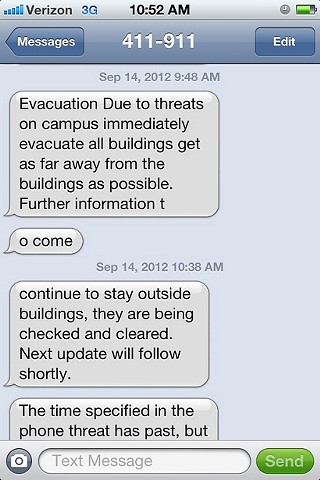 The main campus of the University of Texas was evacuated this morning after a campus-wide bomb threat was called in. Here's what we know so far, and check this space often, as we'll try to update as we learn more.

8:35am: UT received a phone call from a man who claimed he was affiliated with al-Qaeda and that he had placed bombs throughout the school's campus that would go off in 90 minutes.

9:53am: UT sent a text alert to students, faculty, and staff, urging them to evacuate all buildings on campus.

10:25am: The university announced via its Twitter account that all buildings were being checked and cleared, that no decision had been made regarding the status of afternoon classes, and that a further update would arrive at 10:45am.

10:45am Latest Tweet from UT: The time mentioned in the warning has now passed. However, UT has still not cleared all the buildings, and has not yet made a decision on when normal operations will resume.

11:26am No further word from UT, but the LBJ library, unsurprisingly, has announced it will not re-open today.

* Couple of initial thoughts:
– The al-Qaeda connection is coming under scrutiny for two reasons. One, that UT said the caller had "a Middle Eastern accent," which has raised a few eyebrows. Two, that al-Qaeda is not known for calling in bomb threats: That's much more a tactic of European terror groups.
– UT President Bill Powers is already taking some criticism for the delay between the initial threat and the evacuation order. He has long been rumored to be at odds with Gov. Rick Perry, who has been reported to have pushed the UT regents to replace Powers.

11:38am Latest from UT. Classes are canceled for today, but buildings will re-open at noon, and all other campus activities will resume at 5pm.

12:11pm Powers now holding press conference, and says it was "prudent" to issue the evacuation order. He says the campus has been working with city, state and federal authorities, and have now determined that they are "extremely confident that the campus is safe." He says the cancellation of classes was not a safety issue, but because it would be easier than trying to get everyone on to campus for the afternoon.

– Mayor Lee Leffingwell says that City Manager Marc Ott ordered a partial activation of the joint city/county emergency operations center, but that is being stood down again.

– UT PD Chief Robert Dahlstrom explaining that the schedule, and the use of text, email, sirens, and campus TV screens to get the message out. He echoed Powers' stance that "we feel confident by letting people into these buildings."

– Powers talking about the threat, and said the call was received at the general switchboard number before being transferred to UT PD. He has been asked about the delay between receiving the threat and ordering the evacuation, and he says that his team needed to evaluate the threatened danger. He stands by the decision to use most of the reported 90 minute window for that evaluation, that he would have moved faster if it was a smaller window, and that the purpose of the evacuation was to clear the buildings, not the entire campus. 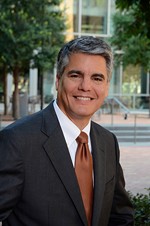 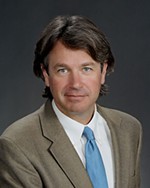 Grand Jury: Fire UT Regent Hall
No charges over UT witch hunt, but a call for his removal