Moseying Around the DNC

I spent Sunday getting my press credentials and my bearings in uptown Charlotte, the Democratic National Convention epicenter. The city is festooned with cops and barricades, but I didn’t have any problem getting around.

There was plenty of Obama swag for sale at the Convention Center, including some $65 hoodies: 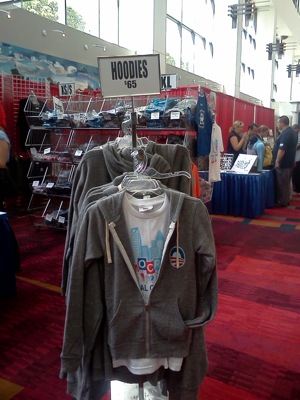 I wasn’t sure about the symbolism of these Obama yo-yo’s: 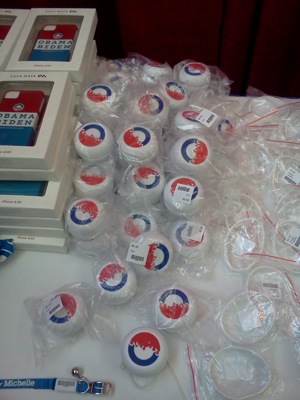 Wonder if there were any “Romney Pride” shirts for sale at the RNC? 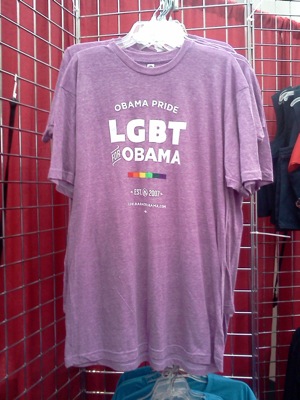 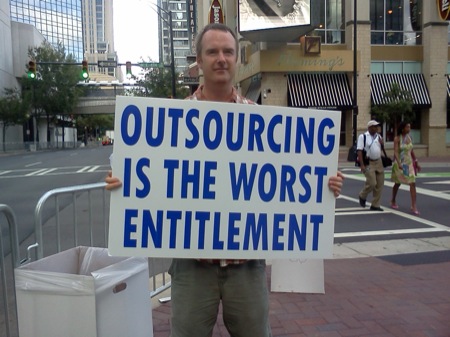 Speaking of protest, I watched Amy Goodman of Democracy Now! give a talk at the PPL, the independent blogger workspace at the DNC. She defended the importance of dissent and talked about her 2008 arrest at the RNC while covering protests as a credentialed journalist, for which she won a settlement. A colleague of hers at NBC told her he’d never been arrested; she noted that he was reporting from the VIP skybox.

Later last night, I passed these concession stand operators with a name that might not ingratiate them to a crowd of Democrats: 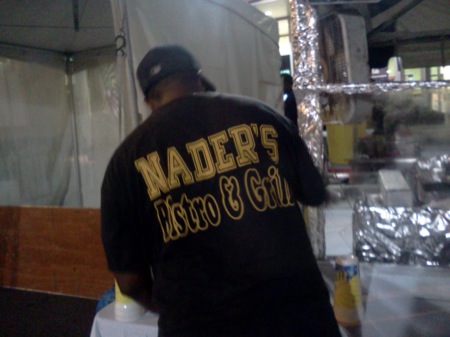 I mentioned Ralph Nader to them jokingly, and one of them took me seriously and announced to the others, “Hey guys, maybe we oughta not wear these T-shirts tomorrow!”

As I paused on the sidewalk to check my phone at the end of the night, a couple guys in Romney T-shirts stopped to ask whether I knew if Charlotte would be enforcing its 11pm noise ordinance laws. I guess all my credentials made me look like an official worthy of light harassment. Ha!