Live at the DNC

Houston, we have landed in Charlotte

I arrived in Charlotte last night amid hordes of bubbly convention-goers. Before I begin covering the week’s events in earnest, I’d like to say a few words about my own perspective. Those of you who are familiar with my comics know I have fairly strong political convictions, and I’m going to let 'em rip as necessary here.

Like many progressives, I’ve had mixed feelings about the first Obama administration, but I’m hoping for a successful convention. At the very least, the country needs a palate-cleansing after last week’s dreckfest in Tampa, Fla. I want to see Elizabeth Warren smack down Chris Christie six ways from Piscataway. As a self-employed freelancer, I want to see the Affordable Care Act defended. I want to hear the Republicans’ barbaric stance on women blasted back to the Stone Age where it belongs. Yes, we live in a berserk plutocracy where rhetoric typically falls short of reality. But in these fact-challenged times, I’ll take what I can get.

While waiting for my luggage in between flights yesterday, I spoke with a 26-year-old delegate from Austin named Heather. This will be her first national political convention. When I suggested that Obama’s initial coronation in Denver 2008 would be hard to top, she quickly countered, “But this will be his last one!”

I’ve been jaded by too much triangulation to feel that level of attachment, but I wouldn’t object to some of that Denver magic here in Charlotte. 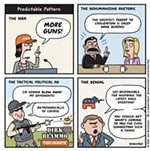 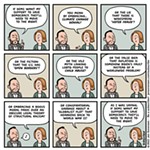