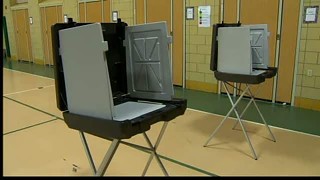 Today, the U.S. District Court for the District of Columbia ruled that the new state of Texas Voter ID law – which would require all potential voters to provide a narrowly proscribed, government-issued voter identification card – discriminates against minority voters and therefore violates the Voting Rights Act.

The court said SB 14 would “lead to a retrogression in the position of racial minorities with respect to their effective exercise of the electoral franchise.” The state, which had sought a declaratory judgment in favor of the law, needed to demonstrate that the law would not have a discriminatory effect, but the court opined that in fact the law will "almost certainly" have discriminatory effects.

The court called the Texas law the "most stringent" Voter ID law it had reviewed, and said the state made no real effort to prevent the law's discriminatory effects.

The court wrote: "Finally, during closing arguments, Texas’s counsel complained that they had been shouldered with an 'impossible burden' in this litigation. … This may well be correct, but Texas’s lawyers have only their client to blame. The State of Texas enacted a voter ID law that—at least to our knowledge—is the most stringent in the country. That law will almost certainly have retrogressive effect: it imposes strict, unforgiving burdens on the poor, and racial minorities in Texas are disproportionately likely to live in poverty. And crucially, the Texas legislature defeated several amendments that could have made this a far closer case."

You can read the opinion here. 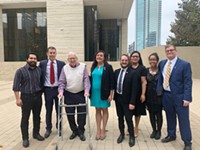