The saga of Antonio Buehler and Austin PD continues 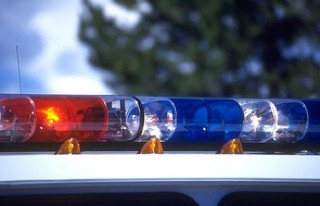 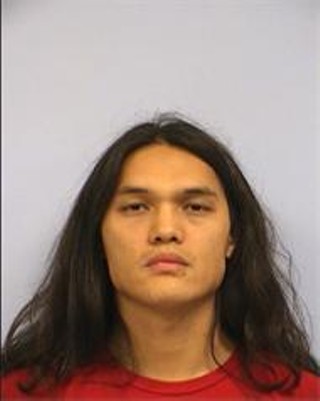 Antonio Buehler, founder of the Peaceful Streets Project that has organized a small army of residents into citizen documentarians, armed with video cameras and on the lookout for police corruption, was arrested this weekend for filming police arresting a man on East Sixth Street.

According to the Austin Police Department, Buehler was arrested after he failed to heed multiple commands from patrol officers to back off from filming so close to them during an arrest. According to Buehler's attorney, Joe James Sawyer, the official version is garbage. The real motivation behind the Aug. 26 arrest, he says, is retaliation for Buehler's outspoken involvement in an unrelated and controversial arrest on New Year's Eve of a woman in the parking lot of a Lamar Boulevard 7-11 store in connection with a drunk driving investigation.

In that case, Officers Patrick Oborski and Robert Snider pulled from the passenger seat of a car a 28-year-old woman who they said would not stop advising her friend, the driver of the car, during a field sobriety test. According to Buehler's account of the incident, he was standing near the pickup truck he was driving when he heard a woman scream; he turned to find Oborski and Snider yanking the woman from the passenger seat of the nearby car. As they pulled her arms up behind her back, Buehler began taking pictures. That apparently didn't sit well with Oborski, who Buehler says began yelling at him, asking why he was taking photos. Buehler says Oborski pushed him up against the tailgate of the truck and that although Buehler, a West Point grad and Army veteran, didn't react, Oborski then arrested him for resisting arrest and harassment of a public servant, claiming that Buehler spit in his face. Buehler adamantly denies the charge – indeed, among the evidence that supporters have said supports Buehler's claim is that in video of the event Oborski never wipes his face; no wipe, no spit, they argue.

Buehler founded PSP in the aftermath of the incident and has since handed out 100 cameras to residents and tasked them with keeping their lenses trained on the cops on the beat, ostensibly in an effort to document situations similar to the NYE arrest.

As such, Buehler was out with cohorts on Sixth Street just after 1am on Aug. 26 when he was arrested by police. According to APD Commander Troy Gay, Buehler began filming as police were arresting a man who had been involved in a "verbal argument" with a woman. The cops ran the couple's names and the man's came back as wanted on an outstanding warrant. Police cuffed the man and began walking him down East Sixth Street toward the APD's processing office. Video captured by one of Buehler's PSP colleagues, a woman, shows the police, the man in cuffs and his female friend, as they start off down the street, Buehler and his colleague trailing behind while shooting video.

As they move down the street the video gets dark, but Gay said that the man and the woman he was with repeatedly asked that they not be filmed. "They became very agitated" with the PSP members filming them, and the officers escorting the man "had to use more force to hold" him and keep him walking forward. Gay said that although PSP members clearly "have a First Amendment right to be there" and to videotape the incident, the police felt that Buehler's encroaching on the arrest was putting everyone in a dangerous situation. Gay said the arresting officers asked repeatedly for Buehler to simply step back, which he refused to do. After a final warning, officers arrested Buehler, Gay said. The department is "very supportive and understands the First Amendment rights that individuals have and we respect those," he said. But the department also "takes a very strong stance on interference" with police duties. In short, he said, Buehler clearly crossed that line. Gay said that the APD is currently working on a policy that would give officers "more guidance" on how far away from the action bystanders and cop-watchers should be told to stand. With advances in technology and the greater optical power of camera equipment, he said, individuals "would be able to do the same thing from a safer distance." (Notably, when the police ask Buehler's companion to stay back, she complies and continues filming and is not arrested.)

But Sawyer isn't buying it. Plain and simple, he said, "it was a pretext arrest." The officers said little, or nothing, to Buehler before asking the man they had arrested if he felt harassed by Buehler; the man said he did – and that he wanted to "press charges." Only after that, Sawyer said, did police decide to arrest Buehler. Indeed, Sawyer said the officers who arrested Buehler are friendly with Oborski and that his client's arrest was done in retaliation for the trouble Buehler has caused in connection with the NYE arrest. Although the officers were cleared by the department of any wrongdoing, Sawyer said that Buehler's case had been set to go before a grand jury next month and he expected that in that venue Oborski's version of events would be further scrutinized. "It's all about Oborski," he said. Indeed, Sawyer says that he has been so disturbed by the APD's hostility toward Buehler that he will ask U.S. Attorney Robert Pitman's office to investigate the entire affair, from NYE to present. The APD's actions toward Buehler, he said, including the recent arrest have been done to paint Buehler as a troublemaker and to taint the view of a potential grand jury set to consider his January arrest. "This has been done deliberately," he said.

The investigation into Buehler's arrest is ongoing, Gay said, and Buehler's video camera and footage are being kept by APD as evidence. Below is footage captured by Buehler's companion: