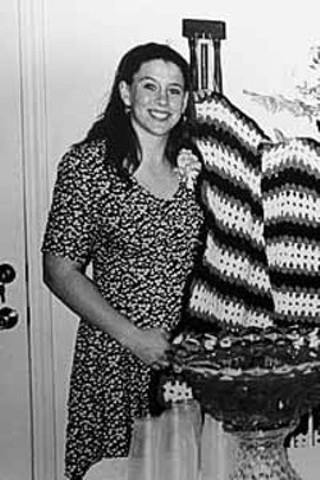 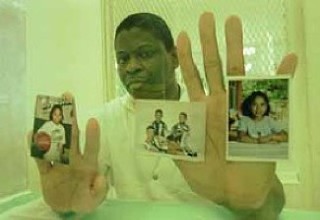 Stacey Stites was murdered in April 1996. Medical experts, including former Travis County ME Roberto Bayardo, say state's theory of her death is wrong.

Former Travis County Medical Examiner Roberto Bayardo says his testimony in the 1998 capital trial of Rodney Reed for the sexual assault and killing of Stacey Stites was misconstrued by prosecutors to suggest a solid timeline for Stites' death, and to prove that Reed had sexually assaulted Stites. But that, he now says, is not at all what he found.

Instead, Bayardo says in legal declaration that it looks like Stites suffered from an anal rape – one more likely committed with a "rod-like instrument, such as a police baton." That conclusion suggests even more strongly, Reed's attorneys argue, that someone other than Reed murdered Stites before leaving her body on the side of a country road in 1996. Indeed, at the time of her murder Stites was engaged to then-Giddings Police Officer Jimmy Fennell, who is now in prison for the kidnap and sexual assault of a woman while on-duty as a Georgetown cop in 2007. (Fennell pleaded guilty in 2008 and was sentenced to 10 years in prison.)

Bayardo's revelation is among several containing potentially explosive new information that were filed in an Aug. 13 brief in federal court, objecting to a federal magistrate's June opinion that Reed's federal appeals, including his innocence claim, should be denied. In short, Magistrate Judge Andrew Austin ruled on June 15 that Reed's DNA found in Stites' vaginal cavity is "significant – indeed…perhaps conclusive – evidence of his guilt." That ruling has been forwarded to Judge Lee Yeakel for consideration; Reed's attorneys Bryce Benjet and Andrew MacRae this week filed the new information, asking Yeakel to reject Austin's conclusions, to review all the available evidence, to hold an evidentiary hearing on the case, and, ultimately, to either retry or release Reed.

The state maintains that Reed, while on foot, overcame 19-year-old Stites as she drove from Giddings – where she shared an apartment with Fennell – to Bastrop for an early morning shift at H-E-B, and that the semen found in Stites is the "Cinderella's slipper" proving its case. Reed's supporters have long contended that Fennell is a far more likely suspect in her death. Reed and Stites were having an affair, Reed and his supporters say, a circumstance that they allege would have enraged Fennell – in part because Stites was white and Reed is black. Nonetheless, after Reed's trial attorneys failed to offer any solid evidence of the affair, a jury in 1998 convicted and sentenced Reed to death. In the interim, as Reed's case has been wending its way through state and federal court, a mass of evidence has come to light that not only paints Fennell as a man with a troubling history of violence towards women, but also strongly refutes the state's interpretation of the available medical evidence.

Now, that very heart of the state's case against Reed – that semen found in her vaginal cavity meant that Stites had sex with Reed just hours before her death, around 3 am on April 23, 1996, and that the sex was the result of rape and not a consensual affair – is being called into question by Bayardo, who conducted the initial forensic examination of Stites' body. At trial, Bayardo testified that Stites had been raped both vaginally and anally, that he found sperm heads in her anus, and that the semen had been deposited "quite recently" – likely not long before the 3 am estimated time of death. Although the testimony was critical to the state's case, the defense neither challenged it nor called their own medical expert.

Instead, Reed's appeal attorneys have done that, securing testimony from well-respected forensic examiners who say that the state's conclusions are wrong. Now joining that list is Bayardo, who said in a three-page declaration that each element of the state's medical case was wrong. Building a case around the estimated time of death was the first mistake: "My estimate of time of death…should not have been used at trial as an accurate statement of when…Stites died," he said. "If the prosecuting attorneys had advised me that they intended to use my time of death estimate as a scientifically reliable opinion of when…Stites died, I would have advised them not to do so." Moreover, he said that trial testimony asserting that sperm only survive in the vaginal cavity for roughly 24 hours – a way to confirm that Reed's DNA got there just hours before Stites' death – is also inaccurate. (That's exactly what Lloyd White, then-ME in Nueces County, told the Chronicle back in 2002.) "[I]n my professional opinion, the spermatozoa I found in…Stites's vaginal cavity could have been deposited days before her death."

Importantly, Bayardo did not find evidence that Stites had been vaginally raped – there was "no indication" that Reed's sperm was "placed there in any fashion other than consensually," he said. Bayardo did find evidence of anal rape, he said, but no evidence that there had been any ejaculation associated with the assault. "The injuries to…Stites' anus are certainly consistent with penile penetration" &nash as he testified back in 1998 – "but if there was penile penetration, there was no ejaculation," he wrote. "I understand that the sexual assault for which…Fennell was convicted did not involve ejaculation. This is consistent with the sexual assault on…Stites." And that assault, he said, was "more" consistent with an assault by an object, "such as a police baton."

Also filed yesterday with the brief is an affidavit from Reed's first habeas attorney, now-retired Bill Barbisch, Jr., who reports to the court that he was ineffective in his representation of Reed, in part because he failed to properly vet and question the state's forensic evidence, and also because he failed to claim that Reed's trial attorneys were themselves ineffective by not questioning that same evidence. "I did not seek funds for a separate independent forensic analysis of the evidence," he said. "Nor did I raise the failure to present expert forensic testimony in my claim that trial counsel was ineffective." Barbisch had previously done only direct appeal work, not habeas – and had never before done a death penalty habeas appeal – and that, he said, was likely a big problem with his work on Reed's case. "I did not make a strategic decision not to hire these experts," he said. "I believe that my oversight was due to the fact that I approached this case more from the prospective of a direct appeal and that my time and resources were stretched thin."

In this latest court filing, Reed's attorneys claim that Austin's magistrate report contained numerous legal errors. Among those was his failure to understand that significance of the medical evidence, and specifically, expert forensic opinions – now including Bayardo's – that the presence of Reed's DNA did not have any scientific relevance to whether she was raped shortly before her death. "The inescapable conclusion from Dr. Bayardo's declaration is that Mr. Reed did have a consensual, sexual relationship with Ms. Stites," they wrote, "and the State's so-called evidence that Mr. Reed['s] DNA was inextricably tied to the sexual assault is at best unreliable and at worst irresponsible."

You can read the state's response to the findings here. And Reed's latest filing, including the Bayardo declaration and Barbisch affidavit, is here.